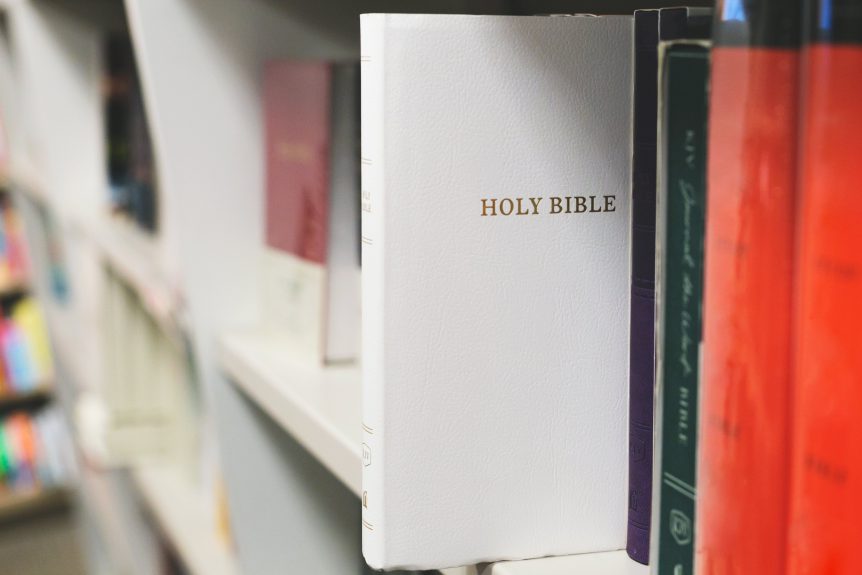 Through prayer we speak to God and through the Bible God speaks to us. The Bible was given to us so that we can get to know God. When I first met Lana (my wife), she lived 3.5 hours from Tri-Cities, WA and we had to communicate through text. In just the first month of dating, I sent 9000 texts! It wasn’t my love for texting that compelled me to send so many but, it was my love for Lana. Texting revealed her world to me and it is the same with God’s word. God sent us 31,173 texts (verses), not to bore us but, to reveal Himself to us because He loves us deeply.

What makes the Bible different from any other book in the world?

What makes the Bible different from any other book in the world? It’s unity. It was written in a span of 1600 years through 40 authors, 3 continents and 3 languages and still managed to have a uniformity throughout its accounts.

There were 333 prophecies of Christ mentioned hundreds years before He ever came to earth. 150 of them occurred in the 6 hours he hung on the cross. The probability of just 8 out of 333 coming to pass is equivalent to covering the state of TX two feet deep in silver dollars, one of which has a special mark on it, with only one chance to pick the right one.

History, Science and Geography confirms it. Scientists of the day believed that the Earth was flat while the Bible said it was round (Isaiah 40:22). Noah’s Ark, the walls of Jericho, and Jesus’ tomb were all found.

Many people have had their life changed through the Scriptures. The Bible brings success and victory. The Scripture refers to itself as: a light that reveals and directs (Psalm 119:105), water that cleanses (Ephesians 5:25-27), a seed that brings fruitfulness (Luke 8:4-15), a fire that purges (Jeremiah 23:29),a hammer that breaks and honey that heals (Psalm 19:7-11).

Personal experience. Many people have had their life changed through the Scriptures. The Bible brings success and victory. The Scripture refers to itself as: a light that reveals and directs (Psalm 119:105), water that cleanses (Ephesians 5:25-27) , a seed that brings fruitfulness (Luke 8:4-15), a fire that purges (Jeremiah 23:29), a hammer that breaks and honey that heals (Psalm 19:7-11).

God exalted His Word above His name. His word never changes and it endures forever.

According to the American Bible Society, 87 percent of American households own a Bible and the average household has 3 Bibles available. The problem however, is that most Americans have access to a Bible they don’t read. A measly 11 percent of Americans surveyed have read the entire Bible through and 30 percent have read no more than several passages or stories.

Six ways you can take the word of God into your life?

It takes 72 hours to read the whole Bible. Most people in America watch 33 hours of TV a week and 14 hours on social media per week. I have made the habit of reading the whole bible every year. It takes me about 15 minutes a day and it’s the best discipline one can develop in their life.

Listen to it!
Faith comes by hearing and hearing from the word of God. If you’re someone who does not like to read at all then start with listening to the Bible. Don’t worry, you don’t have to get Bible on CD’s to do that. Just download the “Hungry Generation” app, it has an audio Bible that reads to you. When you listen, I encourage you to listen to a translation that is easy to understand.

Memorize it!
Storing God’s word in your mind will allow the Holy Spirit to bring it up during a temptation or trial. Start with some of the most known scriptures, review them, read them, recite them and repeat. If you repeat a verse by memory once a day for 100 days it will be in your permanent long-term memory. During temptation you can be like Jesus who will say to the devil, “It is written.” Memorizing the Scripture like this will help you to conquer sin (Psalm 119:11).

u0022Meditation in the Word is a visit to Him. The Word becomes a part of us by meditationu0022 – TB Joshua Click To Tweet

Speak the word!
God created the world with His words. Since you are made in Gods image, you create your world by your words. God instructed Joshua not to allow the word to depart from his mouth. Jesus spoke the word of God in the wilderness. We speak about 25,000 words a day. Each word is like a seed. Sow your field with God’s word and soon you will reap a bountiful harvest.

Obey it!
If you only listen and read but don’t do what the word says, we are compared to the man who build his house on the sand. Watch this funny yet powerful illustration of how we tend to treat the word of God.

Some people say, the Bible is old therefore it’s no use to me. The sun is old but it’s still hot. The Word of God has power to change your life but, like soap that can clean you, it cant do anything unless you apply it. When you read the Scriptures, ask the Holy Spirit who is the author of the Bible to help you to understand and hear Him.

Lastly, remember, it’s a rare privilege to be able to have access to the Bible. William Tyndale gave his life to translating the Bible into English. Tyndale was criticized by the religious establishment. In fact, his Bible translations were burned by the Bishop of London. Tyndale was charged with heresy and spent more than a year in a tiny underground prison cell. Eventually he was strangled to death while tied to a stake. Then his body was burned. His dying prayer? He cried out, “Lord, open the King of England’s eyes.” That prayer was answered in the next few years when King Henry VIII ordered that a Bible be placed in every Church in Britain. And it was answered again a century later when King James authorized a group of 39 scholars to produce an English translation of the Bible. Tyndale paved the way with his life and death. You owe it to Tyndale to read your Bible.

What difference has reading the Bible made in your life?