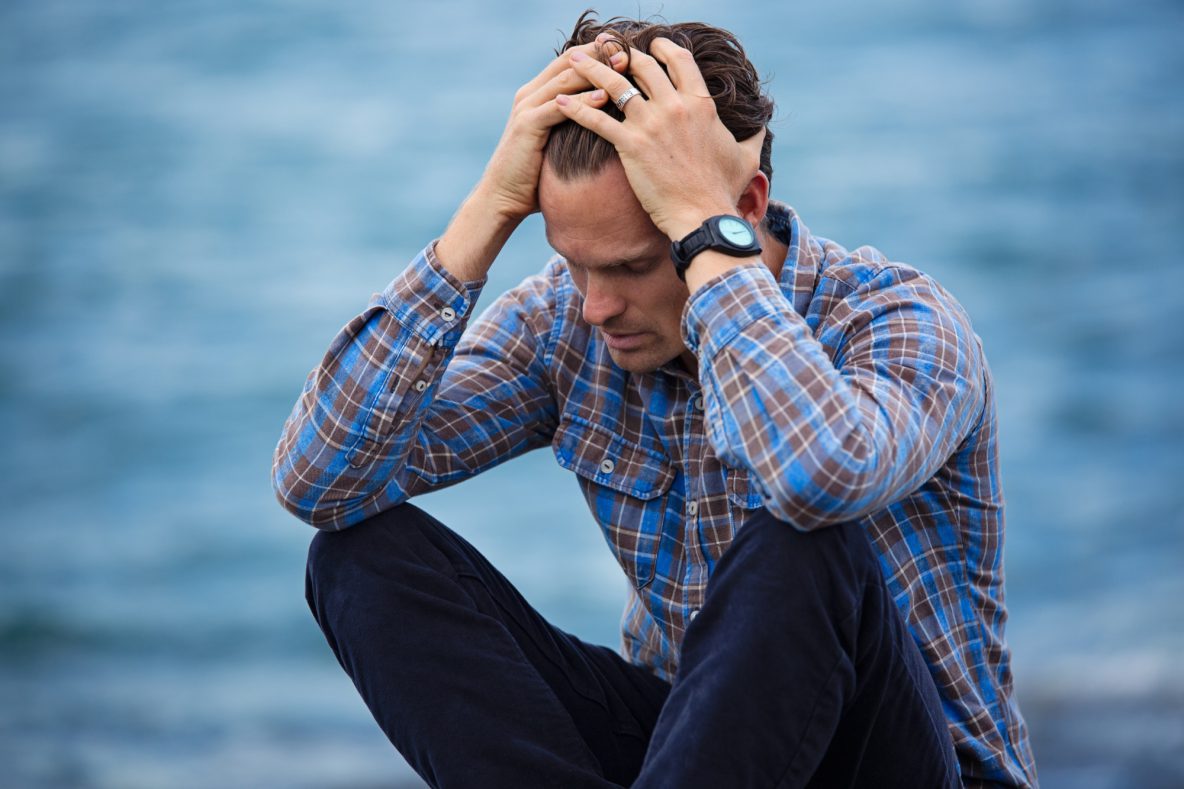 When I was a teenager, I was bombarded with thoughts to say something bad about the Holy Spirit. These thoughts were intrusive and intense.  By this time I had already become a youth leader. The enemy used my fear and ignorance about this topic to fill my mind with no-good ideas so that in return I can commit an unforgivable sin. I did not know much about spiritual warfare at the time nor did I have a greater understanding of the Holy Spirit as I have now, but I loved the Holy Spirit and knew that these thoughts were not mine.

There was this fear in me that if I was to say something against the Holy Spirit, I would be damned for all eternity. I have committed the unpardonable sin. I was scared and lived in fear making sure I would not say or think anything against the Holy Spirit. After some time, these thoughts subsided and then disappeared. As I read the Bible, I see that some of these fears are planted by the devil, but also ignorance can play a huge role in empowering the temptation.

Let’s dig deeper into this.

If you want to understand any topic in the Bible, for example, what blasphemy of the Holy Spirit is, or what Jesus meant by it, you have to read what the Bible says in the context – so read the chapter before and the chapter after for a broader perspective.

Blaspheme against the Holy Spirit is giving the devil credit for miracles, especially deliverance.† Click To Tweet

Now, in the gospel of Mark, we can see that similar things occurred. Pharisees accused Jesus of delivering others by the power of demons. They claimed that he stated that Jesus had a Beelzebub – which means he had demons. Jesus responds by saying that the devil is not having a civil war. The devil is organized and the only reason why demons are cast out is because, the Holy Spirit is manifesting the kingdom of God. Therefore, Jesus goes on to claim that it is blasphemy against the Holy Spirit. In fact, Mark points out that Jesus did warn about blasphemy against the Holy Spirit.

BECAUSE THEY SAID, HE HAS AN UNCLEAN SPIRIT Mark 3:30.

So the topic of blasphemy was mentioned as a response of Jesus being called a devil for casting out a devil. A similar story repeats in Luke chapter 11 and 12.

If you are battling with thoughts or attacks in your mind that say something against the Holy Spirit. Let me direct you towards a few things that will help you overcome that battle.

1. Focus more on the baptism of the Spirit than blaspheme of the Spirit. Living in fear of sinning against the Spirit is not what God wants us to do. Perfect love casts out all fear. Holy Spirit does not come to live in you, because you are sinless, but when you allow him to fill you and immerse you (word baptism means “immersion”) you will sin less. Focus more on building your relationship with Him than living in fear of sinning against Him. As believers we can sin against the Holy Spirit by limiting Him, grieving Him, quenching Him and even resisting Him. Holy Spirit knew that you would not be perfect when he came to live in you. None of your faults, mistakes, or even sins come as a surprise. If we repent and turn to Him, intimacy will be restored.

Holy Spirit does not come, because we are sinless. When we let him fill us, we sin less.† Click To Tweet

No where did Jesus tell his disciples to live in fear of sinning against the Spirit. In fact, Jesus told them to wait for baptism – full infilling of the Spirit. We should do the same. Live with expectation of Holy Spirit filling us, then us disappointing him.

Instead of living in fear of sinning against Holy Spirit, build friendship with him instead. Click To Tweet

2. Resist the thoughts of blasphemy by speaking God‚Äôs word. The temptation to say something bad about Holy Spirit can happen to anyone. Being tempted does not mean we have sinned. When we are tempted, we feel dirty and guilty. Jesus was tempted, yet he did not sin. In fact, he was tempted to worship the devil. Yes, bow down and worship Satan. That’s bad temptation. So that tells me that being tempted with crazy stuff does not mean that I am a sinner. It just means that there is a bad devil.

We must do the same. When the devil sends a thought to blasphemy the Spirit – verbally respond that you love the Holy Spirit, he is your comforter, guide and friend. Shut down those thoughts with your words. That is what happened to me as a teenager, I would verbally say the opposite when those thoughts would come. Let the weak say, I am strong. When tempted – speak not what you feel, but what you know and believe.

3. Avoid speaking against miracles, especially deliverance done by Christian ministers whom you do not like. There are false miracles, false prophets, and false everything. For everything real there will be a counterfeit. The devil is a copy cat, he is a duplicator – God is the creator. We must not fear that. Satan misused the scripture when tempting Jesus, yet Jesus fought him back with scripture. If Satan abuses the Bible, that does not mean we should be cautious with our Bible. Just because magicians performed miracles by the power of magic and demons, it did not mean Moses needed to retreat to only talking to the Pharaoh instead of demonstrating the power of God.

Today everyone has an opinion about everything. That’s fine. However, calling anything and everything that moves as heretics or giving the devil credit for miracles and deliverances in other ministries, where you have never been, is border line blasphemy. There are miracles done by witchdoctors, prophesies by psychics and a focus on angels and energy by the New Age cult, but all of that should not make us label everything as demonic. The Pharisees did just that. Jesus acted outside of their norm. He broke all their rules and traditions. When they could not discredit the validity of miracles, they accursed him of having a demon. The Pharisees of today are the same – they glorify the Moses of yesterday, crucifying the Christ of today. It grieves the Holy Spirit.

The Pharisees honor the revival of yesterday and crucify God's move today. As a result, they get a form of godliness, but deny the power of God. Click To Tweet

Some men and women of God are faulty. Nevertheless, it still does not give us a reason to call it a heresy or give Satan praise for what was done through them. A man and a woman of God is like a glove – God is the hand. Gloves rip, but the hand remains. Some of the people God used throughout history had an abundance of problems – kind of like the rubber gloves in your house. Yet, that is the best God had. We still read writings of some of these faulty men, yet, God used them. I wish that Noah who got drunk, Moses who murdered, David who committed adultery and Solomon who practiced idolatry didn‚Äôt commit these sins, but despite their shortcomings, they were still used by Holy Spirit and we read about their feats of faith regularly.

If you attack miracles, you will not attract miracles, because that attitude grieves the Holy Spirit. Click To Tweet

4. If you blasphemed the Holy Spirit in ignorance, there is mercy for you. I know a lot of people who used to look at deliverances and say it’s fake, its demonic, its all staged, until it happened to them or until their child needed deliverance. I have had parents repent for calling our church demonic, because not long after, their kids started to get demonic attacks. These families would need help so we would pray for their situation. Usually the negative comments people made came from ignorance. We all have said something out of foolishness that was not pleasing to the Holy Spirit. God is more merciful than we think.

Paul rejected Christ and persecuted the church in ignorance and in unbelief. “Although I was formerly a blasphemer, a persecutor and an insolent man; but I obtained mercy because I did it ignorantly in unbelief.” 1 Timothy 1:13. Did you see the word “blasphemer” in there? Paul was one of those Pharisees who blasphemed, but after encountering Jesus, he realized he had no idea what he was doing. When God’s grace opened his eyes, he repented and put his faith in Jesus. Instead of becoming an apostate, he became an apostle. There is hope for you if you fell into temptation of saying something under pressure of intrusive thoughts, or committed it in ignorance. I believe God’s grace is bigger than our sin. We must repent and receive His mercy; and go and sin no more.

In summary, all of this teaches me how important the Holy Spirit is. We must walk close with Him in these last days. That is the only way to walk in the supernatural and avoid grieving Him. It is the only way, also, to avoid falling into a Pharisee spirit by keeping the fire alive on the altar of our heart. When you are close to the Spirit you will not criticize revival, because you will be busy creating it.