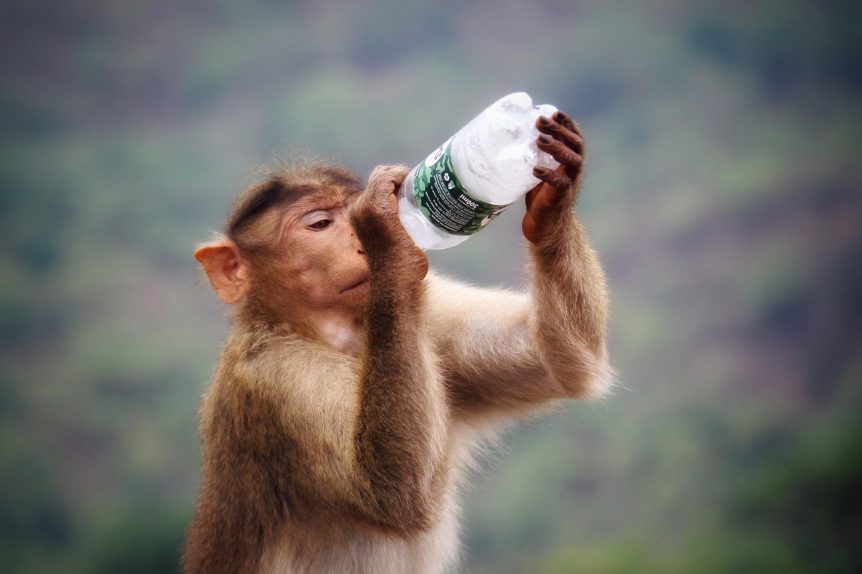 So Adam gave names to all the cattle, to the birds of the air, and to every beast of the field. But for Adam there was not found a helper comparable to him. Genesis 2:20

After Adam was told by God that he was alone, he started to name the animals and looking for a compatible helper. The Scripture says, “But for Adam there was not found…” the word found indicates someone was looking. Adam was naming animals and looking for a spouse at the same time. It must have been a huge struggle for Adam, different animals passing by and trying to figure out if any of them were like him. Imagine if Adam was looking for a spouse among the animals, he would probably think that the elephant was clearly too big and that maybe the snake was just a little too weird. Lions were definitely too scary. But then, there she was – a chimpanzee, which actually looked more like him than any other animal. Probably the monkey was the closest thing to him. Maybe Adam might have thought, “If God would just do a little plastic surgery on the monkey then it could work. Maybe some hair removal and perhaps a little face reconstruction. The monkey can’t communicate, so maybe God can fix that as well. After all, God is the God of creation and miracles.” What do you think would happen if that was Adam’s approach to finding a spouse?

What I love about Adam is that he did not bring God a monkey to fix. Instead, he came to God saying he could not find a suitable helper. Why didn’t he trust God to miraculously transform one of the animals? They were the only options he had; it’s not like God had other humans hidden somewhere. Why didn’t he take what was available right then?

Before God brings you an Eve, the devil will offer you a monkey. A monkey is someone who is not compatible to you because they do not share your faith or values. It’s someone you bring to God so He can fix them.  Adam decided to rather wait for God to bring the right person than to wait for God to fix the wrong person.

You may think, “But, it will take too long!” Instead, think of it like this, either way you are going to wait! Either you wait for God to bring the right person or for God to fix the wrong person you chose in disobedience to God’s principles. Don’t be desperate. Adam could have easily settled for a monkey out of the impatience – he had a good reason to do so, since there were no other options available. Instead, Adam waited for God to bring the right person.

Either you wait for God to bring the right person or for God to fix the wrong person you chose in disobedience to God’s principles. Click To Tweet

Many Christians, young and old alike, go into the world not to win the lost but to find a spouse. Adam was called by God to name the animals, not to marry them. We are called to reach the world, not to be friends with it. I call it missionary dating – when you are dating someone hoping they become saved. It’s when you flirt to convert. I know it’s pretty popular and there are also legitimate testimonies of people who got saved when they were dating a Christian. However, I want to emphasize that these are exceptions to the rule – they are not examples for us to imitate.

Adam was called by God to name the animals, not to marry them. We are called to reach the world, not to be friends with it. Click To Tweet

When I was a teenager, I saw my brother fall, head first, from the second story of a building and hit his head on the concrete. Blood came out of his eyes, mouth, literally everywhere, and he had a concussion. Miraculously, he survived and is doing well today. However, just because he survived that fall, I would never use that testimony to encourage you to fall from a second story building. In fact, I would highly advise you to be careful when standing in highly elevated places. The same applies to dating unbelievers. Just because someone else did so and it ended up fine, does not mean that we should follow in their footsteps. God’s principles are given to us to protect us, not to restrict us.

God is love, but love is not God. Just because it feels right, does not make it right if God’s Word is clearly against it. She might be HOT but so is HELL. Click To Tweet

There is no guarantee that if you marry an unbeliever and start praying and fasting for them, that they will get saved. In fact, God is not obligated to answer that prayer if we get into such a situation which violates His principles. The deception that many buy into is this: I love this person. Love then becomes the measuring stick for morality. It’s true that God is love, but love is not God. Just because it feels right, does not make it right if God’s Word is clearly against it. You may say, “But you don’t understand. She is so HOT.” Listen buddy, hell is also hot, but I am pretty sure you don’t want it!