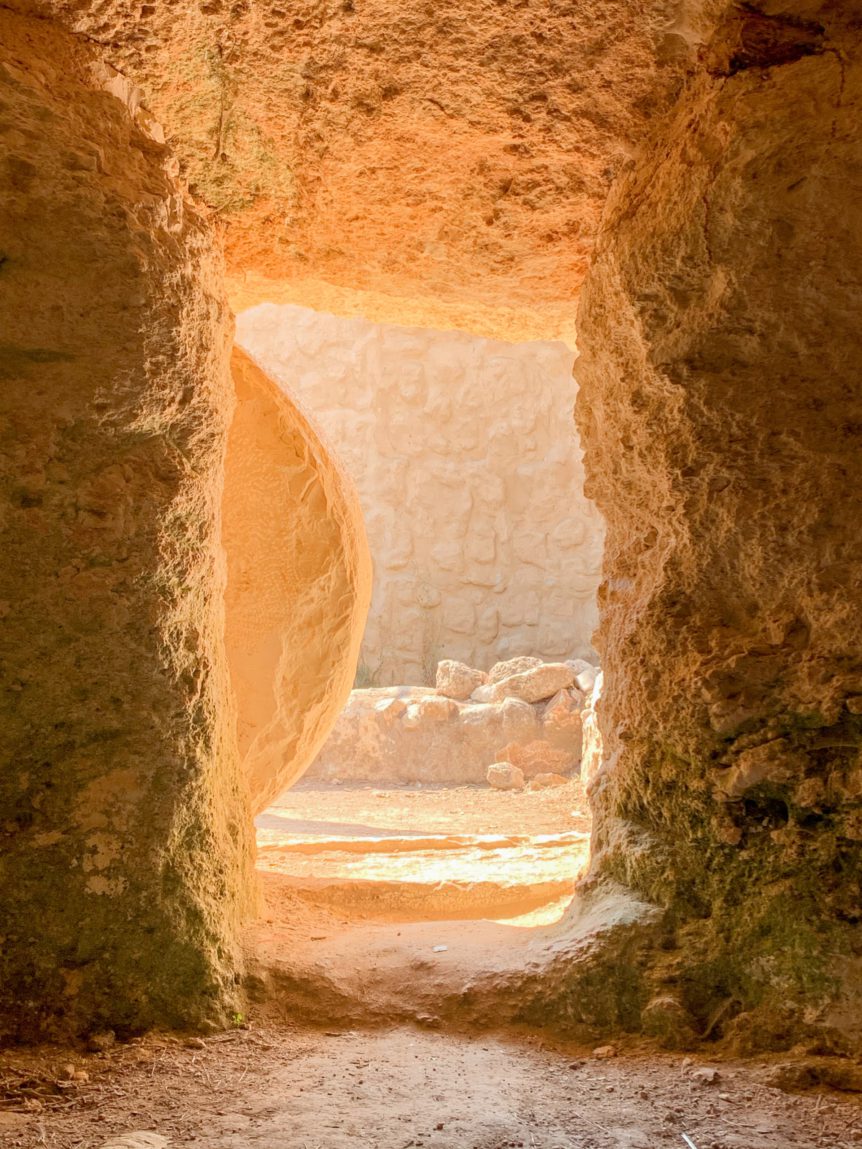 The Resurrection Of Jesus Christ

The resurrection of Jesus is the most important event for every Christian. This is what our faith is based upon. The Bible is the Word of God. It is God breathed. However, Christians in the New Testament based their faith on the resurrection of Christ.

Our faith is based on Jesus. His life is worthy of our imitation. Jesus had to die because our sin was transferred, imputed and placed on Him as He became a substitute for us. Death which had taken every rich, intelligent, great and poor person alike took Jesus but because He had no sin, He could not be held.

Angels removed the tomb stone, not to let Jesus out but to let us see that He was no longer there. Click To Tweet

In the Old Testament, the story in the Book of Numbers 17:8 caught my attention because God once and for all settled the case on who can represent Him. To those who wonder, ‘how can I know if Christianity is the right way?’ The one whose rod bloomed after it was cut off from the source is the one you should follow. Jesus Christ is the only One whom God raised from the dead as a sign for us to follow.

I want to present three things concerning the resurrection of Jesus Christ.

1. The Empty Tomb Is The Physical Proof That He Was Risen From The Dead

“The evidence for Jesus’ resurrection is so strong that nobody would question it except for two things: First, it is a very unusual event. And second, if you believe it happened, you have to change the way you live”.

The real reason that people don’t believe that Jesus rose from the dead is not because there is a lot of evidence against it but because it will push you to a decision. People have preferred to bury their heads in the sand and focus on literally anything else so that they feel they are no longer accountable. However, our belief about something doesn’t make it true. Christianity is not true because we believe it is. We believe Christianity because it is true. Equally, just because something is true does not mean that everyone will believe it.

One day, you will be forced to look at your faith and ask yourself why you believe it. Do you believe because it made you feel good, you had a tingly feeling at church or it sounds right? The Bible says Jesus presented Himself with infallible proofs. There is evidence.

When the angels met the women outside, they told them go and see the tomb, not see Jesus. When the women entered the tomb, it was empty except for the folded grave clothes. If it was a thief that stole the body of Jesus, they would not have time to fold and place the grave clothes. Therefore, our faith is based on these facts, not our feelings. The resurrection of Jesus Christ is not a hoax; it is historic fact.

2. The Resurrection Of Jesus Christ Is Supernatural

When Jesus met His disciples, He first took them through Scriptures and prophecies written about Him, reminding them of the things He had foretold to them. The resurrection is hard to comprehend is because it is supernatural. The essence of our faith as Christians is based on something that is supernatural.

When you go to the tomb, you will not come to the conclusion that Jesus is God. You have to go to the Scriptures and they will testify that Jesus was not just a good man that God raised from the dead but that He was the Son of God, meaning Jesus is God and He died for our sin, then rose from the dead. That is Good News because that means I am forgiven. Now, I have hope that I too will rise again.

Not only is there a verifiable proof of the empty tomb and a scriptural proof written even before He came, that He would point His disciples to but there is one more proof – He presented Himself to His disciples.

3. Jesus Presented Himself After The Resurrection

The first was Peter. In Mark 16:7, the angels even make the statement for the women to tell Jesus’ disciples and Peter. I believe the reason is because Peter felt the worst about what he did. Peter represents those people who follow Jesus for a really long time and never thought they would fall, who fell. He is not likened to sinners but believers who backslide or fall into sin and try to forgive themselves. The example of Peter represents those who find themselves back in the same thing they said they would never do again. Peter was a disciple but he was devastated.

When Jesus met Peter, He did not remind him how wrong He was. Jesus told him where the throw his net so he could catch more fish. It was Jesus’ goodness that led Peter to repentance. I am not saying that your sin does not matter but Jesus’ death matters more. What you have done is such a big deal that Jesus died for it but Jesus is better at saving you than you are at sinning. Jesus wants to meet you believer; He wants to encounter you saint, ex-Christian, ex-disciple and say ‘Peter, I love you. I want to forgive you and restore you’.

No self-punishment is enough to make you feel worthy of Jesus. You don’t need to forgive yourself; you need to come to Jesus, who paid the bill to forgive you. Once you are in Him, you can have the freedom to not have condemnation. Do you have any feelings that linger after you are forgiven? Bring them to Jesus.

The second person that Jesus encountered was Cleopas. This is the person who travelled with another disciple on the road to Emmaus. As they were walking, they were very disappointed. Cleopas had expectations which were not fulfilled. Jesus met them and listened to them. He took them from their expectations to an explanation of God’s Word. We all have had these disappointments when you had faith for something but added your own timeline to it or your way it was supposed to happen and then, you feel like God disappointed you. Disappointment when you feel it comes from God is so hard to deal with.

When Jesus met them, He didn’t just reveal Himself. Jesus wants people who are disappointed in failed expectations to be grounded not in experience but in the Word. Once they are grounded in the Word, He broke bread with them and they realized it was Jesus. If you have been disappointed, don’t lower your expectations. The solution is to anchor your hope on Jesus, not on healing but the Healer. As you anchor yourself in Christ, He sets your heart on fire with hope, overcoming disappointment and discouragement. We burn inside not because everything is healed, delivered, settled or prosperous but because we know God holds our life and future. God is our hope, our refuge and fortress.

The third person Jesus encountered was Thomas. Thomas was doubting. Jesus appeared to Thomas and said, “Here I am; touch me”. I find it interesting that God did not remove the scars from Jesus’ body after His resurrection. Jesus paid the price for your sin; He loves you and He has the scars to prove it. When Thomas touched the scars, he cried out, “My Lord and my God!” (John 20:26-28).

The One In Error

The fourth person Jesus met after His resurrection was Apostle Paul. Paul had no issue with devastation, doubt or disappointment. Paul was dead wrong. He was persecuting and killing Christians until Jesus gave him an encounter. Then, Paul had an instant change of heart and asked what the Lord would have him do. One of the greatest proofs of Jesus’ resurrection was the conversion of Apostle Paul.

Which one of the four categories would you identify yourself in? Are you devastated by your sin? Do you feel disappointment in God? Do you have doubts about your faith? Or maybe you are dead wrong – if you are, you are not the first and won’t be the last who thought about Jesus in this way. I ask that you genuinely ask Jesus, “If You are real, show Yourself to me” and He will.

If you have yet to make the decision to surrender your life to Jesus or if you are in a place where you want to give it back to Jesus, take this opportunity now. All you have to do is repent right now as you are reading this, believe with your heart and Jesus will encounter you as your Savior.

Say out loud: Lord Jesus, I am a sinner, I need Your grace, wash me in Your blood, cleanse me right now. I am coming back to You in need of Your grace and power. Fill me with Your Spirit. I choose to repent of my sin and trust in You, in the name of Jesus Christ. Amen.