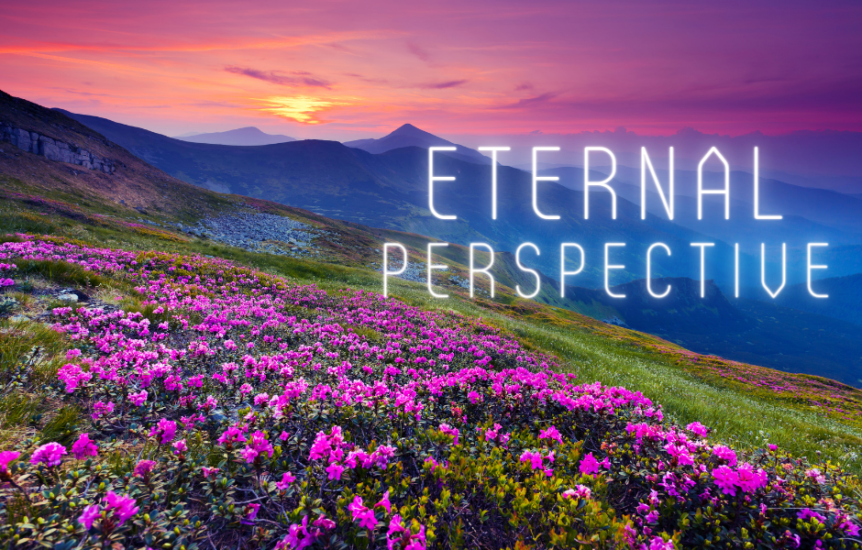 Have you ever been to the mountains? Maybe as you were climbing one slope you thought the top was just over the next rise, only to find when you got there that there was another rise, and another, and another…

Have you ever been deep sea diving or on a submarine exploring the great depths of the sea? Even if you have gone far under the waves, you still haven’t been very deep at all. The deepest place we know of on Earth is the Mariana Trench at the bottom of the Pacific Ocean. It’s so deep that the Earth’s highest mountain could be submerged in it by over a mile!

Yet if you consider all Earth’s huge bumps and gashes, large as they seem, they are almost invisible compared to the enormity of the planet. The Earth is nearly as smooth as a billiard ball, when you consider its large size. The mountains barely ascend at all into the tall blue sky. And while the sky seems very high to us, from space it looks like a paper-thin veil that seems so fragile against the monumentally huge dangers of space.

Really the Earth itself is just a speck compared to the Sun, or the Sun compared to super-giant stars, or any of the stars compared to the enormity of a galaxy. Yet if you could somehow look at the universe from outside, you would have to squint to see the few small scattered glowing sparks that are the grandest clusters of galaxies.

Have you ever been impatient to get somewhere? Ever told someone, “it took a lifetime to get through that line!” Yet really, how long was it? An hour? Several? If you live a normal lifespan, it will last about 650,000 hours or nearly 30,000 days. That is a lifetime. But our 3/4 of a century really doesn’t last long compared to thousands of years of world history.

I remember when my children made a detailed timeline of world history from the events recorded in the Bible up to modern times. That chart stretched down one side of our longest hall and up the other. Yet all of the history I had ever seen or my parents or grandparents had seen was contained in just the last few inches of the chart.

How does the brief history of the world compare to the age of the universe or the length of eternity? The tiny dot containing all known history would be too small to see on any timeline that you could ever picture.
Yet all of these huge things pale in comparison to infinity. There’s always more of it. Take a million, and another. Not done yet! Take a million millions: still, we’re not even started on infinity. It just never stops. And think of this:

That means the largest measure we could devise could not contain a drop in the ocean of His immensity. There’s always more of Him.

We say that God is holy, but what does that really mean? To be holy means to be completely separate from everything else. Most religions believe that the divine is part of the universe, but we Christians believe in a God who is completely separate from all He has made. And because He is infinite that means that everything that He made, this whole huge universe, and anything else that exists, all of it exists inside the bounds of God’s incomprehensible hugeness.

We say that God made the universe, but God Himself is unmade. He is eternal: always was, always is, always will be. He is the uncaused cause of everything. There never was a time when God was not because God is outside of time. He made time to contain us and to bring order to His cosmos. But He is eternal, infinite beyond time.

We say God is worthy, and by that we mean that He is of greater worth than anything else. If all the people in the world were to stack up their wealth, power and glory until it reached far into the sky, if all the angels, devils, and other created spiritual beings were to do the same until it reached the edge of the universe, it would not compare to God’s glory and infinite majesty. He is a great King beyond all compare or imagination.

There’s another matter of perspective I’d like us to consider: when we behold God it makes our problems much, much smaller. Millennia after we leave this Earth and fly away to heaven we won’t even think of or remember that time when we lost a loved one or couldn’t make a car payment. Eternal perspective keeps our view clear.

God is eternal. He always was, always is, always will be. He is the uncaused cause of everything. Click To Tweet

I often find myself fretting about the stupidity, arrogance, or foolishness of governments and politicians. It doesn’t make me happy. I want people to wake up and see the big picture, what the government is really doing, etc. But really, that perspective is also far too small. What godless government is doing is nothing different than what it’s been doing since the ancient days of Nimrod. Men build one Tower of Babel after another, and each one crumbles into the dust of the passing centuries.

God is not the least bit worried about what government is doing or the horrible state of the world. He cares, but He doesn’t lose His perspective over it. What He is concerned about is what lasts forever, particularly His children. Every human that has ever lived or ever will live is critically important to His eternal joy.

So to be concerned about my car or my clothes or my house to the point that I miss opportunities to love the only things God ever cared enough to die for would truly be a tragic loss of perspective.

God is not the least bit worried about what government is doing or the horrible state of the world. He cares, but He doesn't lose His perspective over it. Click To Tweet

We pray for breakthrough all the time. Sometimes if we don’t see them, we lose faith, get mad at God, and act foolishly. But it we could see the eternal realities of heaven and hell, I think we would think differently.

If you haven’t given your heart to Jesus, maybe because someone hurt you or because you’ve lost a loved one, you’re missing crucial perspective. After you die and realize that you missed the most important part of life and instead mocked and hated the only Person who really matters and the One who gave you life itself, you will feel very foolish. Imagine someone who is burning alive in hell for millennia suddenly realizing he’s there just because he totally refused to humble himself before an almighty God who loves him and laid down His own life to save him from this fate. And then he has forever and ever to wish he hadn’t spent his few years on Earth so foolishly.

If you’re a saint who is afraid to live outrageously for God, imagine a hundred million years from now realizing that all the time you had the power to heal the sick, raise the dead, and move mountains with your faith. But instead you let fear keep you in a tiny box. Perhaps people you could have loved would have chosen Jesus if you told them, but you were too wrapped up in your own mess to take the time. Perhaps you were afraid of persecution, but imagine how a little shameful treatment on Earth compares to the eternal glory of heaven:

For our momentary light affliction is producing for us an absolutely incomparable eternal weight of glory.

Are you letting something that seems impossibly “big” get in the way of serving God with all your heart? What will you think of that minuscule thing a million years from now? You’ll still be around—somewhere—and it would be good to keep perspective so you don’t make a mistake you’ll have eternity to regret.