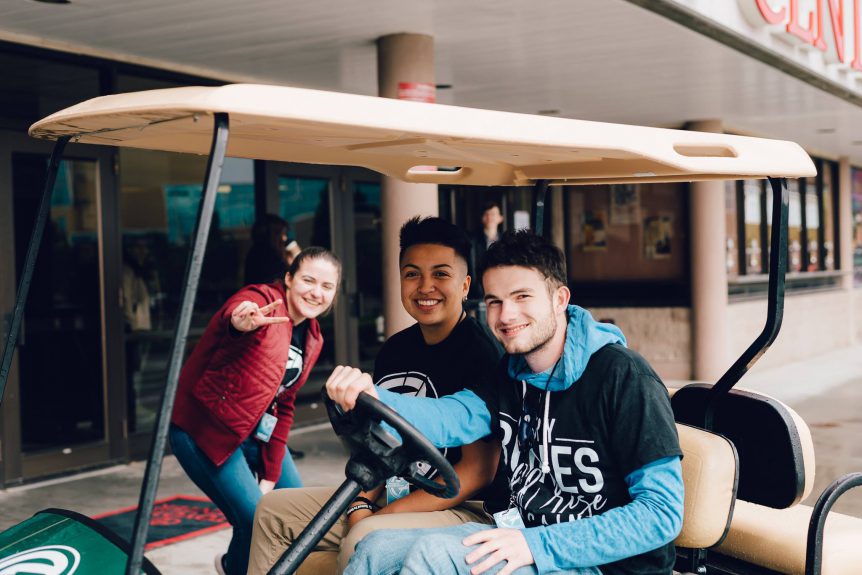 At the tender age of four, Geovanna was victim to molestation. This tragic event would result in devastating consequences throughout her upbringing. Depression and anxiety would soon come to wreak havoc on Geovanna’s relationships, her ability to sleep, and her self-esteem. At the age of twelve, Geovanna began to notice other girls and felt attracted to them. When high school began, she started dating other girls and got into partying. Soon after, she began drinking alcohol and smoking weed. There would be many nights, during this time of her life, where she would contemplate suicide, going as far as obtaining a bottle of pills in hopes that she could end her life. On this particular night, when she got the bottle of pills to end her life, she stopped herself–something deep inside of her was telling her to hold on–she knew there was more to life.

Not too long after that, she was invited through Facebook to our “Raised to Deliver” conference with Apostle John Chi. This is where she began manifesting; however, her deliverance was not yet completed. This is because she knew in her heart that she had not fully surrendered all of herself, and the problems she was facing, to the Lord. Faithfully enough, the Lord did not give up on her. Several months later, Apostle John Chi came back and she was invited yet again. This time Geovanna was fully ready to give all of herself to the Lord. She was tired of living the life she had grown used to. She was tired of being tired all the time. She had had enough of the depression, the anxiety, and the same-sex addiction that tormented her daily. After purposing it in her heart to let it all go, the Lord delivered her and she would come to know a life free from depression, anxiety, fear, and lesbianism. The peace and love she felt during her deliverance casted out every darkness.

Now that she is delivered and set free, Giovanna walks in boldness and in love. She no longer desires to dates other women, and does not have the desire to end her life. Anxiety and depression are no longer crippling, and do not have a hold over her mind. Today she shares her testimony to those who are in the same situation she used to be in, in hopes to show them that they don’t have to live an unfulfilling and anxiety-prone lifestyle. She is heavily involved in ministry; serving in the camera team, the “Kidz Zone”, security on Sunday’s, preaching on youth nights, and helping with prayer points at the alter. It’s through the love of God that such inspiring transformation has taken place in the life of Geovanna. We are so thankful and grateful to have her be apart of our ministry, and we know that the best is yet to come.