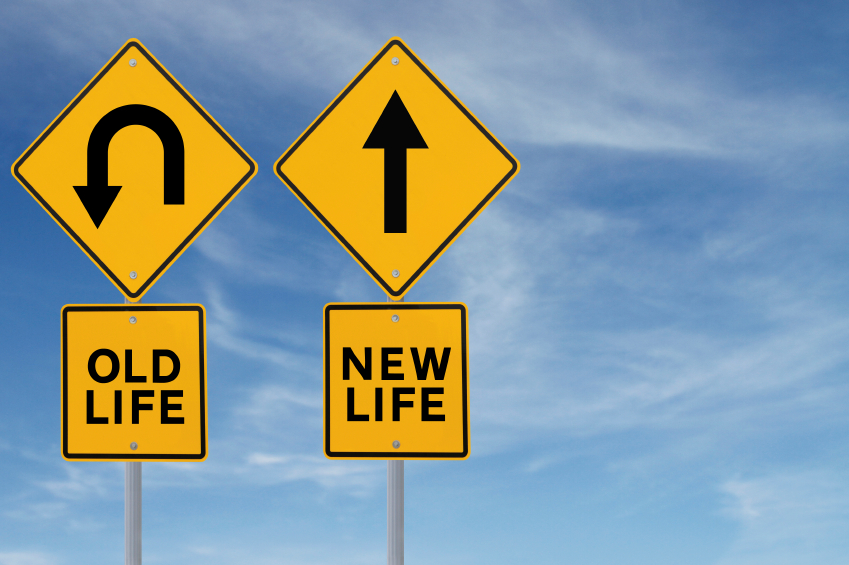 Last Sunday, I had the privilege, along with one of my good friends and mentor, Glenn Fink, of exercising demons out of a man who had come to the church as a last resort looking for freedom from addiction. The process of his exorcism was quite quick. In fact, there was very little struggle at all, even though the demon had tried to present itself as big and monstrous. After we broke the spiritual ties, we then, at length, began to encourage him with what he should do now that he is free. The end result was that he left with spiritual freedom, tools to walk in his believer’s authority and a healthy dose of his identity in Christ, which we praise God for.

As the director of the Hungry Generation Internship program, I will often times have students who come through our programs, who like this man, are in need of receiving freedom in their lives and one of the biggest things we teach them after their deliverance is that they need to walk in dominion. This is the dominion that allows them to go subdue the earth, to be fruitful and multiply in everything they do (Gen. 1:28).

However, sometimes the idea of being able to go and fight enemy head on and moving mountains can sound like an impossible task. It can feel difficult when for so long you had been bound and now you are being told to pick up a sword and fight.

For some, when you say “pursue dominion” it seems as elusive to them as trying to catch a slippery fish with their bare hands in the middle of a murky pond. It’s hard to see and hard to obtain. It’s hard for them to see through the cloudiness of life’s situations, let alone wield this weapon called their authority in Christ.

It is not uncommon for those who don’t exercise their dominion to find themselves in a vicious cycle of bondage, going in and out, experiencing freedom for a moment but then they’re back to the same old issues. It often has people on search for the “real root” of the problem. People will look for another demon to blame another generational curse to point fingers at and please understand, I am not questioning if someone can open another door to the devil in their life or that there aren’t several bondages happening at the same time but we need to ask ourselves why? Why do they keep opening doors to the enemy in their life? Maybe you find yourself in this situation.

Why do you keep opening up that door to the devil? The answer is quite simple. Lack. Of. Identity. Or maybe better put, the lack in understanding your identity in Christ.

You will never be able to overcome the devil and his torments if you keep seeing yourself as the victim/problem. It’s funny because I have heard this phrase that is used by so many students of mine when they mess up on something, they will light-heartedly say, “I’m just a sinner saved by grace”.

“Come on Bryson, you can’t possibly believe that we are actually sinless now that we are saved?”

It would be ridiculous to say that now that we are righteous, we will never sin again. However, as a follower of Christ, it would be just as foolish to say that because we sin, we are not righteous.

“Ahh. Yes. Ok Bryson, you got me. We are technically saints. But that is our positional righteousness. But you can’t deny that we still have to choose righteous behavior.”

Usually when people talk about us having to work to be righteous, they have learned about this process called the “process of sanctification”. This is often taught as the process of becoming holy and righteous (righteous meaning “as you ought to be” – Strong’s G1343). However, countless times in scripture, we are reminded that righteousness is of faith (Romans 4:13), by faith (Romans 9:30), and through faith (Romans 3:22). We see that it is not of my own (Philippians 3:9), it’s apart from works (Romans 4:46) and from God (Philippians 3:9). These are just a few of many, but when we look at the scriptures that express the righteousness of God, it is hard to see anything that mentions our behavior.

I would like to propose to you that the sanctification process that we are so often taught is not the process of us becoming righteous and holy in our physical lives but it is the process of us realizing that we are already the righteousness of God (2 Corinthians 5:21) and as a result, righteous behavior is the evidence of our righteous nature. It is a case of “I am, therefore I do; not I do, so I can become”.

“I have been crucified with Christ and it is no longer I that live, but Christ lives in me. The life I now live in the body, I live by faith in the Son of God, who loved me and gave Himself for me.”

“And to be renewed in the spirit of your minds, and to put on the new self, created after the likeness of God in true righteousness and holiness.”

Paul (the author of both of these books), conveys to us that our old sinful nature is dead, meaning it no longer exists. Righteousness has already been obtained and we simply have to go through the process of allowing God to renew our minds to this reality. The reason why you can be righteous and still sin is because you simply don’t believe that you are in fact, righteous and you are listening to the wrong voice.

I like what Dr. Myles Munroe says, “Mental assent agrees with God, but it doesn’t believe Him.” Maybe on some mental level you understand that you are righteous but there is this little voice inside of you that blocks you from completely accepting the fact that your old man is truly dead.

But let me put it this way, if you are dead, and God declares you righteous, then there can only be one other person spouting off negativity to you, which is none other than the accuser himself, satan. As long as you continue to think that that sinful thought that passed through your mind was in any way, shape or form, you, then you won’t have the power to cast that thought aside because you can’t cast YOU out!

The scripture says that we wrestle not against flesh and blood but against principalities and powers of the air (Eph. 6:12). You are not wrestling your flesh; your flesh is dead. When you allow the devil to convince you that somehow your flesh is this zombie that has come back from the grave; satan doesn’t have to destroy you because you will destroy yourself. You have taken your mind off of the Spirit and put it on the flesh.

We recognize that there is something wrong when a man thinks in his mind that he is a woman trapped inside a male body. Because he thinks he is a woman, his behavior follows suit. Psychologists call this “Gender Dysphoria”.

Unfortunately, many Christians suffer from a similar issue that I call “Spiritual Dysphoria”. They think they are a sinner trapped inside a saint’s body. This kind of thinking causes the believer to identify with sin which causes them to produce sinful behavior. The sad part is that they think they are honoring God and being humble before Him in doing so.
Please don’t allow yourself to suffer from this.

The most honoring and humbling thing that you can do before God is to AGREE with and BELIEVE that you are who HE says you are.

Get this: the best is part is that when you allow your mind to be renewed, you will manifest righteous behaviors in your life because “as a man thinketh, so he is” (Proverbs 23:7). When you know who you are in Christ, it gives you power over the lies of the enemy. When you walk in the Spirit (which is not by deed but deeds done from faith) you will not fulfill the lusts of the flesh (Galatians 5:16).

It’s time to be out with the old and in with the new.