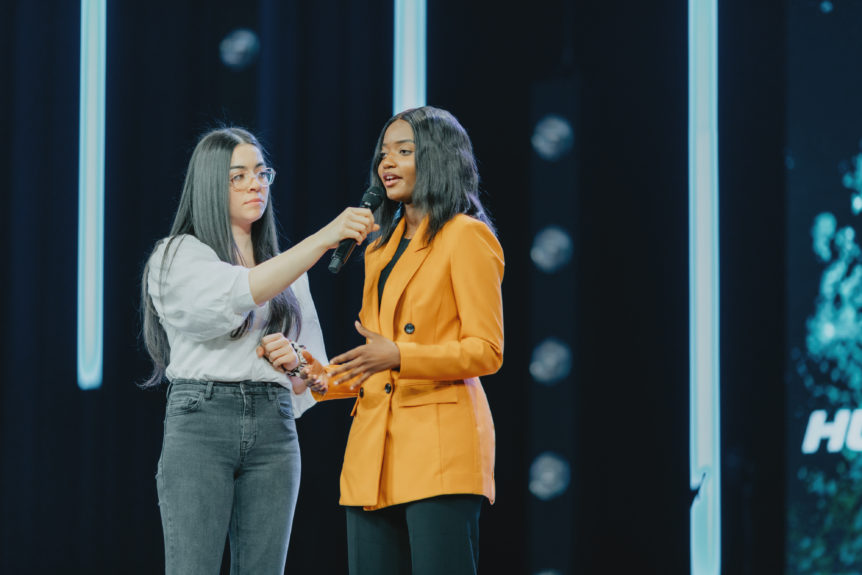 At the age of 17, something happened to Julia that changed her life forever. Julia was returning home from the mall with her friends when she suffered a disastrous car accident. The accident left her paralyzed in a wheelchair and with her jaw locked up so she couldn’t eat at all.

They had to puree her food and feed her through a straw. The doctors planned to put a feeding tube into her stomach, but her family didn’t permit them because they believed in God’s miraculous healing and restoration power.

The doctors suggested physical therapy along with countless tests on Julia, but nothing seemed to work for her. The doctors concluded that Julia would remain paralyzed for the rest of her life. But she didn’t give up hope. To confirm that, she refused to buy a wheelchair because she had faith that she would be healed.

One day Julia’s brother-in-law informed her father about the Hungry Generation and the healing/deliverance conferences that we hold annually. Online they saw people being delivered, healed, and touched by the Holy Spirit during these conferences. So, Julia and her family decided to fly out to Pasco, Washington for the next Raised to Deliver Conference, hoping for God to heal her.

As Julia was being prayed for in the prayer line, God touched her supernaturally and by the next day, she was healed! All glory be to God.  She was able to stand up and walk around perfectly without a wheelchair or anyone’s help. In response to the prayer of faith, God touched her spine and her nerves were restored. She started to walk again and soon went to eat at McDonald’s. For the first time in six months, she was able to eat without a straw. Julia and her family were extremely overjoyed and in awe of the Holy Spirit’s power.

She later attended our Internship program where her faith in Christ grew even more. Today, she is still enjoying her total healing and is currently finishing a course in Information Technology at Oregon State.