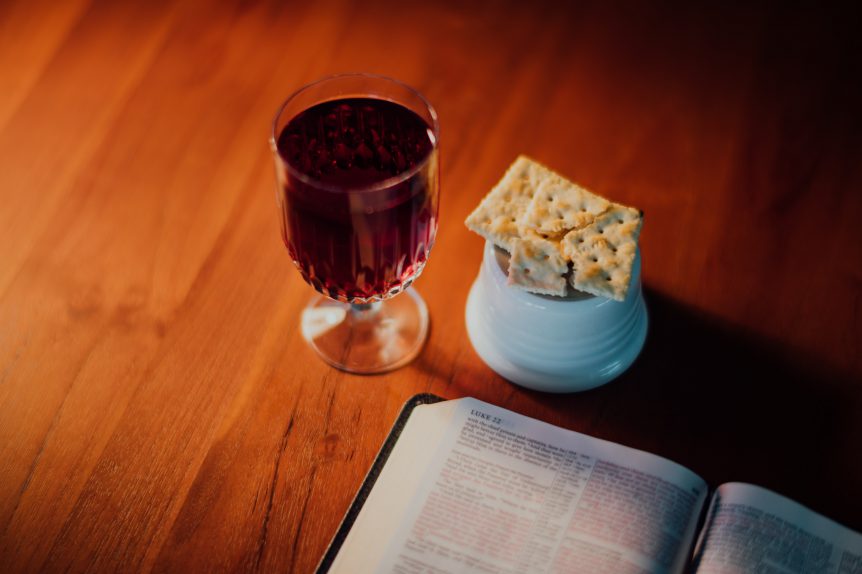 Our society is the safest it has been in history, yet people these days are more afraid than ever. When I was growing up, I don’t think they even sold bike helmets, and I rode my bike all over town, spending whole summer days miles from home, entertaining myself at the park or with friends. I would come home in time for dinner, generally. Nowadays, people wouldn’t dream of letting young children ride a bike without a helmet. And many people don’t let their children out of their sight, much less across town on their bikes. Some of this added precaution is for the good.

As I write this, we are five months into the world’s allergic overreaction to the coronavirus, SARS-Cov2. We have shut down entire economies, put people out of work, destroyed family businesses, and violated the freedoms of just about everybody in the world in the vain attempt to keep people from getting the flu. The vast majority of this precaution was harmful rather than constructive.

Some forms of safety improve life. Others stifle it. When safety leaks over into our relationship with God, it keeps us from direct connection with Him. Sometimes even communion is a very neat, antiseptic experience that doesn’t really do any justice to the events it commemorates. We have little plastic communion cups hermetically sealed with a tiny perfectly round rice wafer on top. Everything is so neat and clean and hypoallergenic and it just takes a few minutes to get the whole thing done and get on with the service. At least usually adding communion makes the sermon shorter! This is how people think.

But the broken body and spilled blood of our Savior was anything but neat. The point from the Roman perspective was punishment in the most excruciatingly painful way possible. They compelled everyone to watch because they wanted everybody to, say, “I never want to be a criminal and die like that!” They never thought to sanitize the rusty nails they drove through His wrists and feet. The cat-of-nine-tails whip they used had tips embedded with bits of metal and bone, designed to tear the flesh off its victims, and it wasn’t washed. It still had the blood and bits of flesh from its previous victims in it. They didn’t sand the cross nice and smooth so His back wouldn’t get splinters as He pushed Himself up on the nails just to get one more breath. Crucifixion was the most horrifically slow form of execution by torture that the depraved mind of humanity could possibly imagine. No one has topped it since.

Contrast this with our typical communion experience. Imagine if you were holding in your hand, not a rice wafer but a bloody hunk of human flesh freshly torn from the back of Jesus by a whip—the whip in your own hand! Imagine if the liquid in the cup were blood dripping down the cross from a dying man’s body! I think that would change the way we think about communion.

Communion was deeply personal for Jesus. It was a love feast, to be sure, but He was the main course! The willing sacrifice invites the guests to come and dine! This is nearly unthinkable. I still can’t wrap my mind around it. That was how Jesus’ followers at the time saw it, too.

In John 6, Jesus fed the 5,000 and then walked on water across the Sea of Galilee to escape the crowd that wanted to make Him King by force. They followed Him on foot around the other lake, and asked for more free food! They told Him they needed a miraculous sign like the manna, the bread from heaven, Moses gave their forefathers. Perhaps they weren’t satisfied with the way He did the miracle the night before. They wanted a show and a meal.

Jesus rightly called them out on it. Then He offered them another kind of meal:

51 I am the living bread that came down from heaven… The bread that I will give for the life of the world is my flesh.”
55 … my flesh is true food and my blood is true drink.
57 …the one who feeds on me will live because of me.
58 …The one who eats this bread will live forever.”

This created all kinds of confusion. “How can this man give us His flesh to eat?” they asked. Jesus didn’t make it easier on them. He then said, “unless you eat my flesh and drink my blood you have no life in you!” This was grotesque to their refined hearing, and probably illegal. It violated their every sensibility. Yet this is exactly what Jesus demanded of them.

So they left. All His “followers” gave Him up. Then He turned to the 12 disciples who were left and said, basically, “Do you want to leave too? There’s the door.” He didn’t care how offensive it was to them. The prospect was much more offensive to Him, the one who would have to suffer as He was foretelling.

But there’s a beautiful side to all this blood and gore. Jesus was God the Son. When He was born, His human mother, Mary, provided half of the DNA. The other half was the Word of God made flesh. God took all the words of the prophets and every word of His since “Let there be light” and wrapped them up in a tiny package called Jesus, the Son of Man, the Son of God.

When the Son of God was crucified, the Godhead was torn in two, and all the life and goodness within Him came gushing out. Jesus was telling His followers, “When I am torn open, make sure you don’t miss out on the life of God that pours out.” Communion is not just a remembrance. It is supposed to be a reenactment. In our minds, we visualize the great sacrifice. And in our hearts, we believe that it applies to us, physically, spiritually, and in our souls. The broken body of Jesus heals our broken bodies. The spilled blood of Jesus cleanses our filthy consciences from even the awareness of sin.

There was a time in my life where, for several months, I took communion on my own every day. I would meditate on its meaning and take my time. Sometimes it would take 45 minutes or longer to consume the elements and pray. But the experience became real to me. I found a communion prayer by Ian Clayton, and I devoured it. It was full of rich meaning and practical depth I’d never heard before. I edited it heavily, added the Scriptures I would meditate on, and I’ve reproduced it here for you to enjoy and devour.

Father, I want to thank You that when you took Your words of prophecy and made them flesh, you created a record of heaven that became your own DNA in Mary’s womb. Your words became human flesh and blood (John 1:14), human DNA, and they lived among us on the Earth as the fullness of God (Col 2:9).

Jesus I want to thank You that You were willing to carry that record. For this you endured the cross. Thinking nothing of the shame, you bore its pain and sorrow for the joy that you set your eyes upon (Heb 12:2): this day, when we would eat and drink of the testimony of heaven on earth and be conformed to your image and achieve your likeness on earth (2 Cor 3:18; Eph 4:12-13). Jesus I thank you that you came to earth and released your faith and the record you carried so that in my day I could begin to participate in your life here on the earth.

The record of your body erased the record of my sin and the debt I owed to death because of the law (Col. 2:14). You made an open show of Satan triumphing over him and disgracing him publicly (Colossians 2:15), and you took my sin to your grave where it will never rise again. Jesus I just want to thank you.

Jesus you called yourself the Bread of Heaven, the food that lasts for eternal life (John 6:27-35), and you said that the one who eats the bread of your body and drinks your blood shall have eternal life and shall not die (John 6:50-59). Jesus, today I agree with the testimony of Your Word, which alone is Spirit and eternal life (John 6:63). Lord I have faith in your word. By the law of faith I receive the provision that says this life I now live in my body I live by faith in the Son of God (Galatians 2:20).

(Put your hands on your stomach)

Father, today by faith in the Name of the Lord Jesus Christ, I lay hold of the DNA of Christ, the very word of God, that I now carry in my body. I receive into the very marrow of my bones the record of the DNA of God. My bones will begin to reproduce that record transforming my body into the likeness of Jesus. Today I engage personally and physically with the testimony of Jesus! I do my part by believing the One You sent (John 6:29). I wrap my spirit around the Word become flesh and I pull it into my own body in the Name of Jesus!

Father, today I engage the record of transfiguration on the mountain that is in the bread that I’ve eaten. I engage the Kingdom of God that is within me (Luke 17:21), and I receive it into my body in Jesus Name. I command my body to hear the voice of God speaking in light from within, that the glory of the Lord, the voice of God speaking in me would begin to change the record of my body (Rom 8:11).

My body is made clean by the words of life that you have spoken to me (John 15:3), and that word became flesh and blood, and that flesh became my food and drink. Thank You Lord, it is written, when I eat your body and drink your blood I am going to live forever because your Word is Life (John 1:4) and flesh and blood, the DNA of Jesus in me — In Jesus Name, Amen!

I challenge you not to wait for the next church service to hold communion. Have communion deeply, personally with God on your own. Don’t get religious about what elements you use. True each has its deeper meaning, but the point is to remember. I’ve had communion with half a stale hamburger bun and some orange soda. I’ve used Cheez-Its and milk. And rarely I’ve cooked up special unleavened bread and made fresh squeezed grape juice, too. The important thing is to remember.

Let Jesus' sacrifice mean something to you. Don't let Communion be a safe, antiseptic experience. Remember the violence. Visualize the pain. Count the terrible price that was paid. Click To Tweet

And realize this bloody gift bought you the costly gift of eternal life, in common union with God Himself.