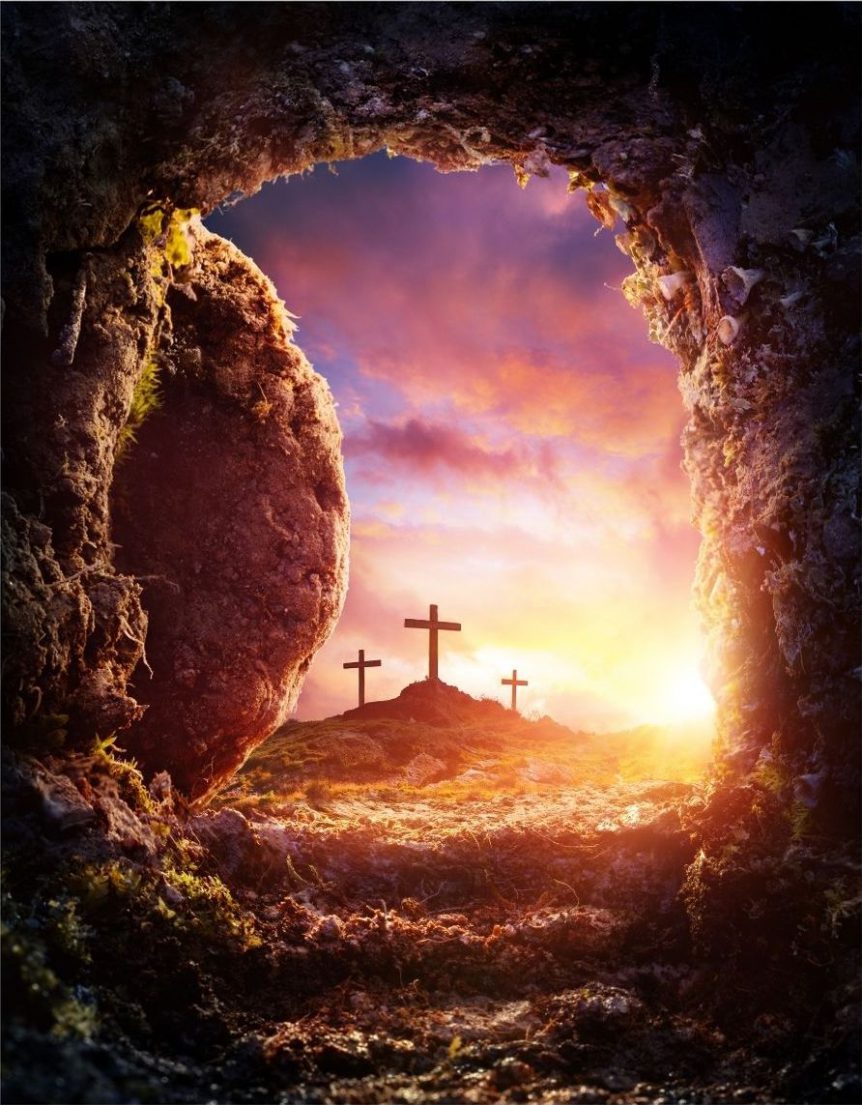 Jesus was special. He is the One and Only Son of God, a Person of the Trinity, and God Himself. He is the first human person in the Bible to be referred to as a Son of God, the direct descendant of God Himself. In the Bible, the term “son of God” is reserved for angels and spiritual beings throughout the entire Old Testament. In the New Testament, the term is reserved for humans, who by regeneration and new life receive the life of God and are adopted as sons and daughters of God. But before Jesus, this was not possible.

Jesus is the Way-Maker. To be the perfect mediator between God and man, He had to be God and man. This is a mystery, not a contradiction. God was, in Christ, connecting Himself to the human race that He loves but had lost through the fall. Jesus was the hand of the Living God, reaching down into our death and darkness and offering us a way out.

God is impossibly high above us. He is not like any of His created beings, and there is no way we can build a Tower of Babel high enough or a ladder long enough to reach His heavenly abode. We can’t get there through rules or rituals. No one born of Adam’s sinful race can be perfect enough to overcome the sin stains we are all born with. The only way God could connect us to Him was by Him reaching down.

Jesus came to be God-with-us, Immanuel. He could not succeed as merely a good man. Even if it were possible to be born into Adam’s race and be good, moral purity alone is not enough to connect us to the nature and life of God. He had to be God.

What is more, although He was fully human through His mother, Mary, He was fully the Son of God, born human. No man provided the DNA for the sperm cell that united with Mary’s egg. He was not a clone of Mary, either. He had the DNA of God—designed by God for His purposes.

If Jesus had simply been a man born of a union between man and woman and later filled with God’s spirit, He would have been born fallen, under the federal headship of Adam’s fallen race. The father provides the destiny and inheritance of the children. Only as the Son of God born human could He link the human race to the divine in one unique body. And only this way could He become the head of a new race of humans reborn divine. It was ingenious.

The body of Jesus was the Word made flesh. The Holy Spirit spent ages and generations speaking God’s word through the mouths of men we call the prophets. They said some pretty bizarre things: a virgin will conceive, the Messiah would die, He would be born in Bethlehem yet come up out of Egypt. There were over 700 prophecies about who the Messiah would be. And all of them had to be declared by humans.

Getting humans to believe is hard enough. Getting us to speak something we don’t fully understand is practically impossible. We live in such fear of others thinking us wrong. Yet the Holy Spirit over thousands of years got humans to hear and speak the truth and write it down. Then, just at the perfect time, He rolled up all those precious words and thoughts of God expressed through man, and deposited them as a seed, the DNA of God, in the womb of the virgin, Mary.

And she had to be willing, too. This was not a rape like the unions that resulted in the Nephilim. This was an act of perfect loving condescension—God, uniting with His beloved, creating a new man, the last Adam, to head and redeem Adam’s fallen race.

Then Jesus had to live an impossibly divine life. He could not have even one thought of evil, ever. As He Himself said, to look on a woman with lust was the same as adultery. Jesus wasn’t putting on a show, He was pure through and through. This was only possible for the One and Only Son of the living God.

Jesus had to die a perfect death. There are more prophecies of the rejection and death of Jesus than any other topic. Those words were spoken at least 700 years before His physical birth. And we see Him in the Gospels proving the authorities wrong, almost goading them to kill Him and at the same time proving conclusively to them that He was definitely their Messiah. He couldn’t have controlled the manner of His own death if He were just a man.

At last, He had to be raised from the dead on the third day, just as the Scriptures had said. No mere human could have engineered his own birth, lived a perfect life, died exactly as foretold and then raised to life. This was not just a man. Jesus was God in the flesh, something never seen before on Earth. Jesus was special.

Sadly, many use Jesus’ specialness as an excuse why they cannot do as He did. But this is to misunderstand exactly what God accomplished. Jesus was special, the unique Son of God. But by uniting God to man He opened up a new race of humans–a new kind of creature that had never before been seen. When we are reborn by hearing the Word of God and receiving the Spirit of God, we too are reborn into the image of God. Adam’s curse in us is rendered inoperative, and the DNA of God is released into our spirits. The old, dead spirit we received through natural birth given through human fathers is replaced by the Spirit of Christ from our heavenly Father. We are new! We are divine offspring!

When we are reborn by hearing the Word of God and receiving the Spirit of God, we too are reborn into the image of God. Click To Tweet

I almost shudder to write this. That old false humility and pride want to reel it back in and say, “Whoa there, that sounds like blasphemy!”

But didn’t Jesus Himself call us His brothers? Didn’t John the Apostle boldly assert that as Jesus is so are we in this world? This is just the Gospel. We have been made new in the image of our heavenly Father, rescued from corruption and sin and brought into His kingdom. Now we, like Jesus, are sons and daughters of God, born from His spiritual DNA united to human flesh.

Why should we expect anything less than miracles from our hands as we walk in submission to our Father, as Jesus did? Why should we tolerate sinful thoughts and actions that weaken us? Why should we conform ourselves any longer to the image of the old humanity that is passing away? Let us become transformed into the new image born in us, growing in us—alive!