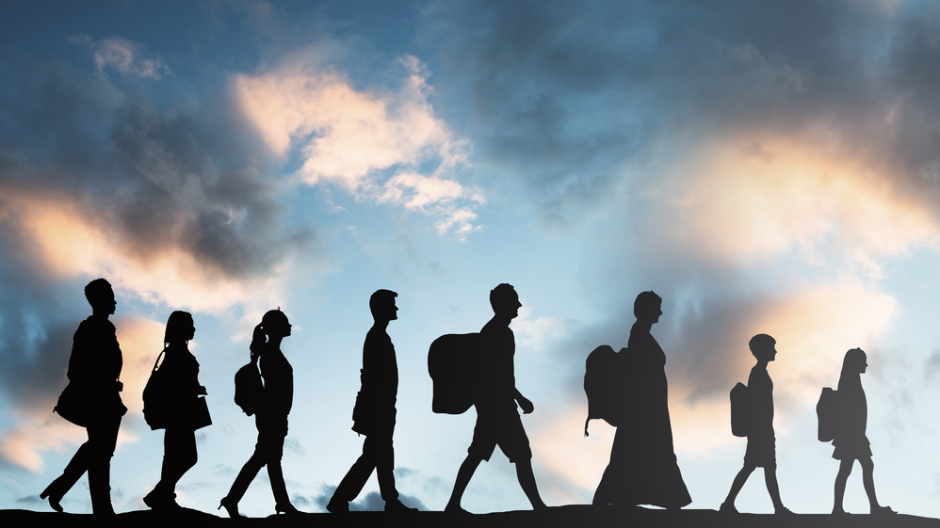 I hope you are ready for some really deep truths about the nature of God this week, because I want to present a picture of God that will help you understand and relate to Him better than ever. I’ve also found this illustration helps people understand salvation on a much deeper level. Ready?

Most people have heard that “God is Love” (1 John 4:8), but many may think this is equivalent to saying, “Love is God.” However, the Bible is not saying that our affectionate feelings, whatever their cause or result, are somehow intrinsically divine.

Love is not God, but the Bible reveals that God is love because He is a community, not a single person. Click To Tweet

The Bible tells us God is one God, but it later reveals He exists as a society of three Persons: Father, Son, and Holy Spirit (John 14:15-26). If God were only one Person, He would only be able to love once He created something apart from Him. But because the three Persons of the Godhead have eternally lived as a loving community, love is fundamental to reality.

Unfortunately, when we try to describe the three Persons of the Godhead in human language we always have to list them in some order that makes it seem like they are not equal. Even when the Bible uses human language to describe Jesus as the Son of God it makes it sound like the Father was around for a while, and then He gave existence to the Son. But this is not the case because John 1 makes it clear Jesus already existed in the beginning. The Son is described as the exact representation of God (Colossians 1:15), His image, and His Word (John 1) or His message. Of course as long as the Father has been around, His image has as well.

The Third Person of the Trinity, the Holy Spirit (in older English He is called the Holy Ghost) communicates to us the vital relationship between Father and Son. John 14:26 says that the Spirit proceeds from the Father. But Jesus told the disciples that He would send the Spirit (John 14:25-26), and Romans 8:9 also calls Him the “Spirit of Christ.” That is why most Christians see the Spirit as proceeding from both the Father and the Son. Since this relationship has existed forever, the Holy Spirit has also always been here. C. S. Lewis explains this eternal three-way love affair this way:

“The union between the Father and Son is such a live concrete thing and this union itself is also a Person‚ that is just one of the differences between God and us. What grows out of the joint life of the Father and Son is a real Person, is in fact the Third of the three Persons who are God.”

Every intimate relationship has a life of its own. In marriage, the husband and wife have separate biological lives and needs, but the relationship itself must be cared for and considered like another real person, or it will die. Marriage is a partial picture of the society of God, and the Holy Spirit is the Person who embodies the divine, eternal love relationship between the Father and the Son.

Understanding this gives deeper meaning of God’s sacrifice on the cross. It wasn’t like Jesus drew the short straw and got tortured to death on earth while the Father and the Spirit were partying in heaven. No, the Spirit is the living bond between Father and Son. When the Son died and the Father turned away it was like God Himself was torn in two, and the Holy Spirit was poured out with the blood of Jesus on the cross. This is why receiving Holy Spirit is so vitally important. Jesus poured out for us the Spirit that is the essence of the eternal living relationship of the Godhead. By receiving the Spirit of God we are caught up into the communal life of God and transformed into His very image.

As a human being, you are a child of God the Father. When you accept Jesus’ sacrifice, you become, with Him, a son of God with rights of inheritance and authority. But only through the Spirit are we invited into the eternal divine nature and society of God. Just as God breathed life into Adam and made him alive, so the Holy Spirit makes us into living spirit-people with greater life and power than mere flesh and blood. We are creatures, not the Creator, but the sacrifice of Jesus and His release of the Spirit invites us up into the amazing reality of divine life. Human words fail to convey the profound implications of Adam’s dusty race being joined to the eternal Spirit of God. I can only say this is why the Gospel is really good news!