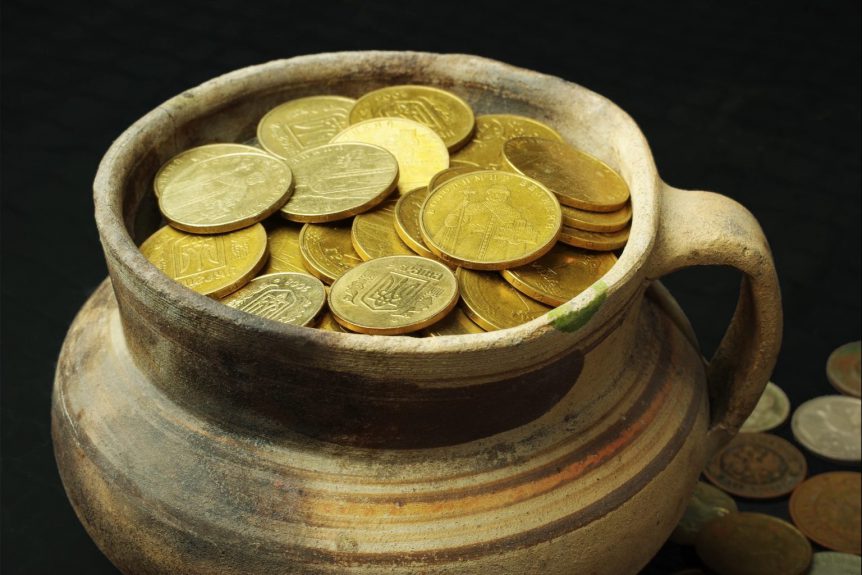 Long before there was a world or anything we know of as time, God was. He was Father and Son, the two of them so in love, so united, that their relationship, their Spirit was the living Person of Holy Spirit. Together they conceived of angels and heavens and stars and worlds. And together they made Mankind, male and female, in Their image. Long before He made us, He purposed that we would be free. He made us in His image with free will, and He knew exactly how we would use it.

God knew that we would eventually sin and fall short of the greatness He had planned for us, and He knew it would cost Him everything to buy us back. Somehow we were worth that to Him. Before the foundation of the world, Father and Son together decided that the Son would be the perfect sacrifice for every sin we could ever commit or think of. Not only would He bear our sins; He would become them.

God, who was forever unified, Father and Son, chose to become the sacrifice. And it is important to realize that God had never been split before. The ineffable bonds of Holy Spirit held Father and Son together in glory and unity. So it wasn’t that Jesus drew the short straw and had to die. No, God Himself was torn in two on the cross, and the Holy Spirit, the great uniting Relationship of God, spilled out with the blood of the Lamb.

With that broken body, we were healed. With that spilled blood, we were forgiven. With that poured out Spirit, we were caught up into the eternal relationship of God and became one with Him in ways we cannot even imagine.

By his wounds you have been healed.

Why would He do that? Why sacrifice everything for us? There can be only one reason: We are His treasure. You see, all the world serves the mighty dollar. If your currency is not the dollar, it is probably tied to it. The dollar is our unit of value. The world worships the power and freedom it promises.

But God’s unit of value is something much greater and more mysterious. We, each one of us, are deposits of heavenly treasure on this earth. We are God’s basic unit of value. And when we chose to spend ourselves on rebellion, and the devil held us in the grip of death, God chose to pour out even more value to gain back the value He had lost. If there had been any easier way to get us back, it would have been an act of horrible brutality for God to suffer as He did for us.

This is why it is so critical that we understand just who we are. Originally we were made from dirt. We were His artwork. God breathed into us His precious breath of life, and that dirt began to move and breathe and think. Every one of us became God’s children fashioned from dust.

But when He died for us, He invited us into the secret relationship of the godhead. The blood of Jesus didn’t just fix us, it killed us and raised us up with His eternal life. Now we are no longer servants but sons. That second birth was just as great a promotion from Adam’s race as was our promotion from dust to living flesh.

But God has another promotion for all His sons and daughters. He wants us immersed, baptized, into the same relationship that forever joined Father and Son, Holy Spirit. The baptism of the Holy Spirit gives us power, and it is as great a promotion from simple sonship as sonship was from childhood and childhood from clay.

Do you see why He values us so much? If you paid $100,000 for a new car, you wouldn’t take it to the dump with its first scratch or fender bender. You would fix it. We care for what we pay for because we value it. If I offered to sell you my old 2002 Mazda Protege for $50,000 you probably wouldn’t take it. You don’t pay more for something than it’s worth.

How much did God pay for you? Doesn’t He know what you’re worth? Do you think He would have paid such a crazy high price for you if there were any other way? And now that He bought you, and if you received His offer, do you think He’s going to discard you just because you occasionally mess up? Never. He doesn’t make a practice of putting His kids on the street just because they mess up. He loves you.

Unfortunately, many of us still don’t realize that God’s love has been screaming out to us for two millennia from an old rugged cross. Many of us still hate ourselves and doubt our worth. We seek for others to affirm us because we don’t believe we have worth. If they don’t affirm us, we fight and hate in return, because it just confirms for us something we’ve always feared, that we aren’t worthy of the breath we breathe.

But God commended His love toward us before we had any value of our own. Then He filled us with tons more value on the cross. And more with His Spirit. We are God’s treasure. The treasure in us may be in jars of clay, but it is the thing that allows us to persist in all sorts of difficulty. The treasure protects the jar!

So after all He’s made us, done for us, and given us why would we give up on ourselves? Why would we ever look down on His other treasures all around us? God still values each of us. Now we are free to enjoy His love and share it with others all around. No longer lost, insignificant bits of clay, we are His children, sons, and friends. Let us do all we can to live up to what He has already made us. He will be loving us, and we will be enjoying His love long after the stars burn out and we’ve forgotten there ever was a fallen world or a short little thing called time.