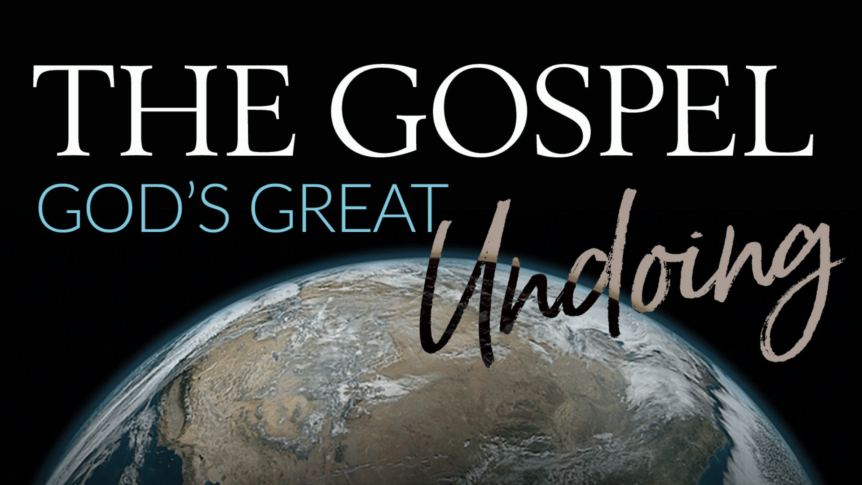 The Bible, if it is what it purports to be, has a unique advantage over all other books: It was written by One who lives outside of our time and space, but the Author expressed it through the words and experiences of men and women who lived in our world. This gives it a unique, eternal perspective while remaining completely relatable.

Several years ago I discovered that the gospel, as I had understood it from my youth, was only a very dim shadow of the reality I have since found in Christ. Sadly, it seems that many who call themselves the church refuse to believe the gospel in all its power and glory. The Bible turns out to be much more dangerous than I ever thought possible. It is living, powerful, and even scary!

As a scientist, people sometimes ask me how I can believe these quaint Bible stories of an immaterial God and still be a good scientist. A lot of unspoken prejudice is tightly packed into questions like that. I actually believe that being a scientist is a great way to get to know the Maker of all we study. Science is only a way to understand reality. Reality reflects its Creator. It just makes sense.

When I wrestle with questions like why God chose to become human and suffer and die, or how such an unthinkable process could possibly fix the problem with the world and restore His children to beauty and order, I think about them scientifically. Often the connections between the Bible and science come to me at odd times like a few years ago while I was reading my children’s high school chemistry book—I’m a scientist; I’m weird that way.

Anyway, I was reading about the concept of entropy or disorder and the book used the example of a shattered vase to illustrate entropy. Imagine a priceless vase is sitting on a shelf somewhere. Somehow the vase falls onto the floor and shatters into a million pieces. The shattered vase is clearly more disordered than when it was sitting on the shelf in one piece. On the shelf, the vase is in a state of low entropy, because it is not very disordered. But when the vase shatters, it moves into a state of high entropy with lots of disorder.

Do you think it is possible for the reverse process to happen, where a shattered vase spontaneously becomes whole again? We never see this happen without someone working to piece the vase together again. This is an illustration of the Second Law of Thermodynamics that tells us the disorder of a closed system like the universe must always either increase or remain the same. It can never decrease without outside forces acting on it.

So we have a law that says everything always decays. God created the world; it was good. But now it’s just going to get messed up. How depressing.

But as an information scientist, entropy has always fascinated me. In the information sciences, entropy is the information-carrying capacity of a thing. The more information it can carry, the more ways it can be messed up, and the more entropy it has. There are more ways to mess up a long sentence than a short one. You can get a small room into such a mess that it takes all day to clean (just ask my children), but a huge mansion could take months to clean if it is allowed to get into that state of disarray.

It takes energy and a plan to write the message, and it takes (usually much less) energy for some vandal to distort the message and corrupt the information. Then the Second Law guarantees that unless something acts on it, the matter will never become more ordered. The order may decay, but energy and information are required to increase their order or repair a corrupted order.

What could this possibly have to do with the gospel? Quite a bit, actually.

When God created this universe, He said it was very good. He formed it and ordered it. He in-formed it. God is the source of all information. He copied some of His own information into its design. Misinformation is simply corruption of His order.

When man fell, Adam accepted a lie, and disorder came into God’s perfect world. Entropy corrupted the perfect copy of divine information, the image of God, that had been man. Creation was ruined, undone. I suppose God could have balled the whole thing up, thrown it away, and started again. But He didn’t. He had purpose in allowing His creation to be corruptible, and He wasn’t about to let it go that easily. In fact, to undo the undoing of His perfect creation, God Himself actually had to become undone. I find this shocking. And this is why I call the gospel “God’s great undoing.”

[God] has saved us and called us with a holy calling, not according to our works, but according to his own purpose and grace, which was given to us in Christ Jesus before time began. This has now been made evident through the appearing of our Savior Christ Jesus, who has abolished death and has brought life and immortality to light through the gospel.2 Timothy 1:9-10 (CSB)

Christ abolished (that is, deactivated and disconnected) death and brought life and immortality (the destruction of corruption) to light. Jesus undid our undoing, and He did it by becoming undone Himself.

God planned before the foundation of the world that Christ would be undone so that we could be restored to the life and glory He always intended. I believe if there were any other way, His choice for His Son to suffer would have been unimaginably cruel. But in a single act of amazing humility and love, He took on our mess and undid all the damage of the fall of man and all the curses of the law (Gal. 3:13).

The gospel is truly God’s great undoing, and both God’s universe and His revelation in the Bible shed light on God’s good intentions and great plans for mankind. The Bible is information that reflects God’s perfect nature and character. Creation is the general revelation of God’s goodness for all mankind. From these we can extract truths that help us decode God’s message and be restored to His design through the in-formation of God’s original purpose.

Once we understand the beauty of what God made the universe and humankind to be, we can begin to understand just how messed up things are now. When Adam and Eve fell, they took the whole universe with them. God’s enemy took advantage of the situation to become the god of this world, and he unmade man into his own perverse image. As the unity of earth and heaven was shattered, so the unity of the human heart was torn in two and we suddenly had a choice between God’s will and ours. This shattered state resulted in a blindness that kept us from seeing ourselves as God saw us. Sadly, despite the mess, we still couldn’t see it. We thought that we’re okay, so God gave us the Law to show His original order and illustrate the mess we are in.

The gospel is the story of God Himself becoming undone to undo the evil that had undone us. God owns us three times over: first by creating us, then by redeeming us, and finally by wooing us to fall in love with Him. Click To Tweet

The sin virus was enslaving and killing us. The serpent and rebellious man had undone God’s perfect creation, life, and order. But God took on flesh like ours so He could receive into Himself all our corruption, loose our bonds, destroy the sin that was killing us, and undo our death through His own. The whole purpose of putting on human flesh was so that He could die our death for us. He undoes by being undone. This great undoing is the heart of the gospel. Through His death the devil’s work is also undone, sin is undone, and mankind is remade in God’s image by the outpouring of grace from the cross.

The gospel is simply the message announcing the reunited kingdom of God. It declares God’s ultimate victory in the decisive battle that won the long civil war between God and His renegade children. The gospel is the announcement that hell’s war against heaven has been lost, God has won, the human hostages are freed, and now all that is left is the cleanup. But God’s victory in the empty tomb was not the last battle against evil. Those battles are being fought every day in our lives as we decide how to live in the kingdom.

The gospel is not so much something to be studied and understood, as it is something to be believed and acted upon. (from The Gospel: God's Great Undoing, coming Fall 2021) Click To Tweet

Our actions allow us to take part in God’s victory. When we choose the life of God over the death that came from our flirtation with independence we experience life beyond our wildest dreams. There is a duality of “now” and “not-yet” to this new life, but there is a lot more “now” than most of us dare to believe.

Jesus came, not as an example for us, but as the first example of us. He is Humanity 2.0, and in Him, we who believe can receive His Spirit and participate in the new life of God, rejoined to the Godhead in ways that no one but God truly understands. Our new identity is that of empowered sons and daughters, heirs of the kingdom. We are learning how to operate the family business; we are no longer just employees. The new freedom and power imply new levels of responsibility. We no longer have the excuse that we are powerless because “as He is, so are we in this world.” Spirit-filled believers have also become Humanity 2.0, remade in the resurrected image of Jesus and infused by the power of the Spirit.

I pray this truth invades your heart. I want you to see the beauty and glory God created all of us with. Then I hope you will be able to take a clear look at what your choice to rebel against God has done to your life, your family, your world. Then I want you to look in awe at what it cost God to undo all that terrible damage. And finally, I want you to realize how glorious you are as an empowered child of God. God was undone to undo the very thing that was undoing us, and His undoing remade us in His amazing image. I hope when you see it you decide to live your whole life in the power and glory that Jesus bought at the highest price!

Abstracted from The Gospel: God’s Great Undoing by Glenn Fink, coming out in Fall 2021