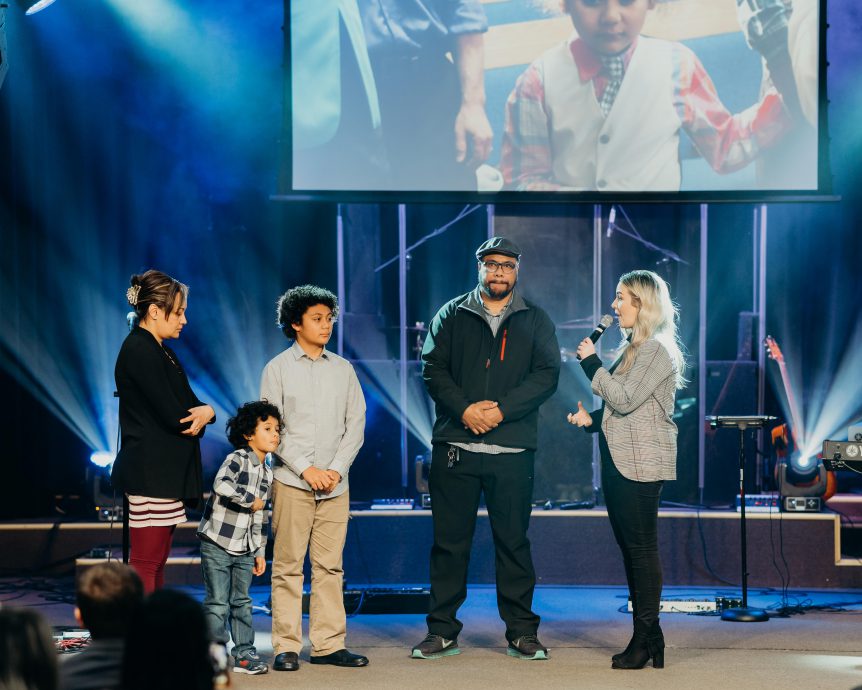 Originally from Fiji, the Uluibau family arrived to the United States in 2010. Though they were joyful of their new location, they were burdened with sadness because their son, having been diagnosed since birth, suffered from asthma. It was challenging for both parents to watch their son struggle to breathe and constantly have to use a breathing apparatus and nebulizer. Their son was constantly taking medication, going to therapy, and even taking steroids, in hopes that it would help his condition.

At around three years old, he continued to have shortness of breath, had limited interaction with friends, and showed no signs of getting better. A little while afterwards, Boaz and Seini heard about the prayer line we were hosting and decided that they would bring their son to receive prayer for healing. Boaz says that the day of the prayer line, he heard within himself that “today is the end of the asthma.” After going through the prayer line, his son was instantly healed. He was no longer dealing with any asthmatic attacks. There was no longer any need to have the breathing apparatus, the nebulizer, or to take steroids. Boaz and Seini took their son to the doctor to confirm his healing, and sure enough, he was cleared of having any trace of asthma. As a result of this healing, their son has been able to live life abundantly. He’s able to run and not grow weary, and is filled with so much more joy.

A year later, Seini was diagnosed with tuberculosis during her pregnancy with their second son; Ezekiel. After giving birth to her son, the tuberculosis still remained. Because of this disease, she lost her job and they lost the home that was provided to them through Seini’s job. She explains being so weak that she couldn’t play with her children, or interact with her husband. She couldn’t even cook a meal for her family. Boaz was adamant that they should go through the prayer line once again, only this time, for Seini’s healing. They were faithful once again to go through prayer line, and God healed her. When they returned home, Seini spoke with a nurse, who was astounded with the healing that took place. The nurse confirmed that she no longer had tuberculosis. The Uluibau family know firsthand what it looks like to receive healing from God. They encourage anyone who is battling with sickness or disease to take a step of faith and to bring it to Jesus Christ. They live to testify of the goodness of God reminding everyone that God is faithful to meet anyone at the point of their need.