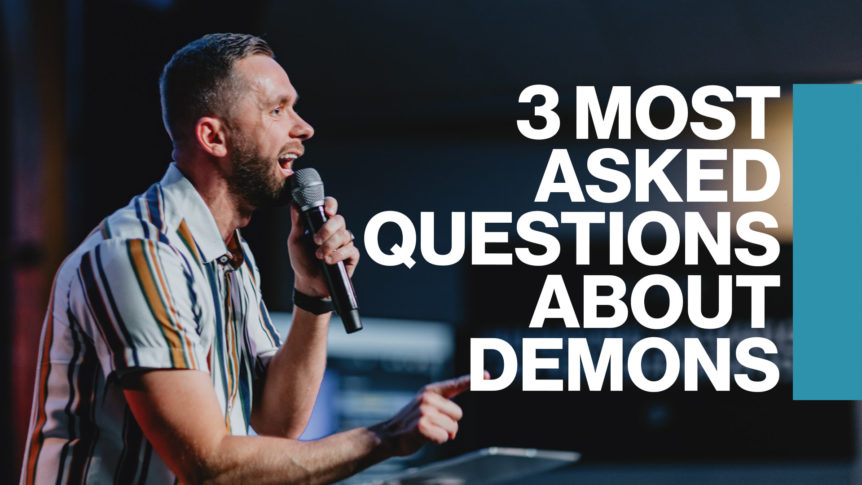 This is by no means a comprehensive guide into everything about demons but simply the three questions we get asked most about demons, what we believe and why we do what we do:

There are four main views on where demons came from. The first view is that demons are the spirits of evil men and women who died. This is mostly held by those who are not Christians as Hebrews 9:27, says it is appointed for man to die once and then judgment.

The second view holds that they are the disembodied spirits of a pre-Adamic race. This is held by those who believe the gap theory, in that there was a gap of time between Genesis 1:1 and Genesis 1:2 in which God made another race of people with which something went wrong. This is what lead to the world being without form and void before the creation of man. However, there is no scriptural precedent for these views and they are simply speculation.

The other view is that demons are the fallen angels that fell from Heaven with satan after his rebellion, (Revelation 12:4-6). This is the view held by most of Christianity. It teaches that before Adam and Eve were made, satan rebelled against God and with him, a third of the angels, who also rebelled were thrown down to earth. However, this verse does not say demons. It says stars. The context of this verse happens at the birth of Jesus, not before the creation of Adam.

“Jesus did not speak much about demons but He cast them out and taught His followers to do the same.”

The fourth view which is becoming increasingly popular today is that demons are the disembodied spirits of the Nephilim, who were destroyed at the flood with Noah. Nephilim were hybrids of the fallen angels and humans, (Genesis 6:1-3). The verse which mentions ‘sons of God’ is the same used in Job 1:6 for when the sons of God presented themselves to the Lord and satan was there. This view finds most of its support out of the Bible and rather, in the book of Enoch. We may not know exactly where they came from but we do know where they are going, (Matthew 25:41). Jesus did not speak much about demons but He cast them out and taught His followers to do the same. It makes very little difference where demons came from but what makes a big difference is knowing where they are going. We are commanded, instructed and empowered to drive them out as Christians, in Jesus’ name.

“We are commanded, instructed and empowered to drive them out as Christians.”

Personally, the more I see and minister in deliverance, the more I am leaning to the view that they were not just angels and are hybrids because of their intense desire to occupy a human body and their intense craving for impurity. This is what they were born into. The same way when people have a demon, they have a strong craving for sexual immorality. Most of the people who rape, watch pornography are demonised. It’s not them that want it, not even their flesh but its another entity that is living inside which has an appetite. Demons cannot satisfy their appetite on their own – they need someone’s body.