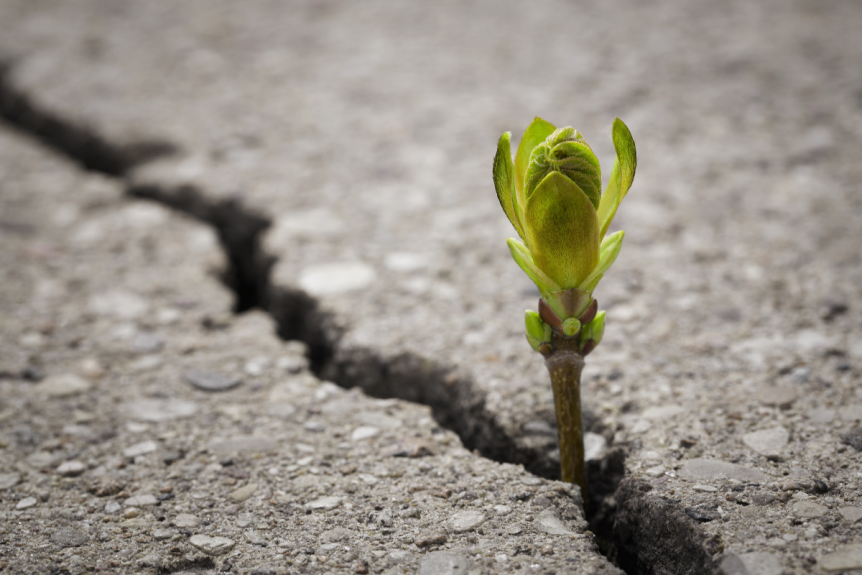 Prophecy can be a little tricky to understand sometimes. Once, I was given a word that my secular work and my spiritual ambitions were “coming into alignment.” I was excited because I thought that meant that I would be leaving my job and starting a ministry soon. But God had other plans.
I started a life coaching and prophetic teaching business on the side because the prophecy had said that God was going to make my service to Him pay the bills. I poured my heart into it for months. Then the bottom dropped out.

So I thought maybe God meant that my ministry was coming to my work rather than taking me from it. So I started bringing prophetic words and identity to people at work. But then we had to evacuate the offices and we all worked from home and I didn’t see anybody except in meetings. Then God used my experiences working from home and the business training I’d received to inspire an online Life Group that reaches hundreds of people in a score of countries.

Are we in alignment yet?

Honestly, I don’t know. But in times like these, especially when everything is falling apart, we must take the long view and realize our prophecies are not and never were about us. They are about the Kingdom of God and His plans, not mine. Right now I believe we are seeing God shake everything that can be shaken. But there’s good news:

God doesn’t take His people out of the trouble. He holds us through it all. We never know what to expect. We only know who is holding us.

Prophecy is often confusing. Oftentimes I don’t recognize the fulfillment of a prophecy until someone brings my attention to it and I look back and see it. Sometimes I think a prophecy has been fulfilled or proven wrong only to find out later that I’ve still only seen a part of the story.

We must realize our prophecies are not and never were about us. They are about the Kingdom of God. Click To Tweet

This happened to Isaiah, too. When he wrote the prophecy in Chapter 7, I bet he thought he saw the fulfillment of it in Chapter 8. Basically, what happened is Isaiah was told to reassure King Ahaz how quickly the two enemy nations that were threatening Israel now would become nothing. He told the King that a young woman would conceive a baby and before that child could talk, those two nations would be crushed. Then in Chapter 8, he takes a young woman as wife and they make a baby together, and fulfills the prophetic word. But look at what he wrote:

Therefore, the Lord himself will give you a sign: See, the virgin will conceive, have a son, and name him Immanuel.

We recognize this as a prophecy about Jesus who was born 700 years later! But Isaiah probably thought the virgin (the young woman) was the wife he just had a child with. How mysterious are the ways of God!

So why am I saying this now? Because we are living in a time when many prophetic voices are being heard, and it’s easy to judge them in the short term as wrong or right without hearing what God is saying through them.
When we evaluate prophecy, we have to keep God’s timeframe and objectives in mind. He doesn’t think like we do, and He’s not hung up on the things that frustrate us. He brings His word to fruition in His time and way. So we don’t have to worry. We just have to keep believing that what God has said in His word and through His prophets is true today.

Do you have a prophecy that seems to have fallen aside even though you were praying into it and believing God for it? Hang on. God never gives up.

Do you need that promised breakthrough, like yesterday? God cares, but He is not worried.

Maybe you just need to look at things a little differently. Perhaps it’s time to let go of the interpretation you always thought you’d see and seek what God intends. If you’re clinging to a different blessing than God wants to give, you might be missing Him. I’ve done it.

Sometimes we think that “waiting on the Lord” means we are waiting for Him to act. It actually means waiting like a waiter waits tables. We are not waiting for Him to serve us. We are waiting to see any opportunity to serve Him. We are the servants, and both we and our prophetic words are for Him and His kingdom. I just felt like we might need to hear that today. It helps me anyway. Blessings as you wait upon the Lord.