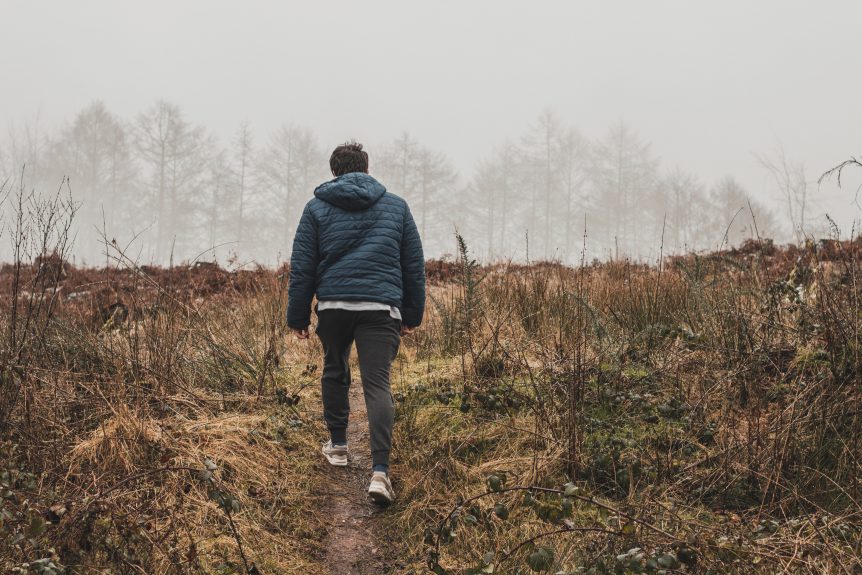 Starting this new year I decided to read through the Bible once again. Although I’ve read these same scriptures hundreds of times before, I’m always amazed by the old truths that the Holy Spirit reminds me of and the new truths He reveals.

In Genesis, we have the account of God creating the universe, particularly the Earth, and especially mankind. Humans are very small among the countless galaxies each with hundreds of billions of suns. But God focuses on us more precisely than a laser beam. We are His chief creation, the one thing that really makes Him happy.

Back in that day, Heaven and Earth were connected, and God walked and talked with His creation regularly. God gave His children freedom to choose and a single command, not to eat from the Tree of the Knowledge of Good and Evil. There were probably tens of thousands of trees they could have eaten from, and I personally believe that God put that tree there because He intended that one day they would eat from it and understand their freedom fully. But first, I think God wanted to fortify them with a strong relationship with Him before showing them all their options. He wanted to spend time with them, walking with Him in the cool of the day, sharing every part of their lives with Him.

I personally believe that God put the Tree of Knowledge in the garden because He intended that one day, when He had prepared us, we would eat from it and understand our freedom fully. Click To Tweet

Who knows how it would have gone if Adam and Eve had not chosen to follow their own ideas of right and wrong rather than obeying and fellowshipping with God? However, they chose, as we still too often choose today, to define right and wrong by their own standards. They walked away from God rather than alongside Him. The catastrophic fall of all creation was the result.

God had made humans to rule His creation. When they chose to rebel, their whole kingdom was plunged into darkness. The devil and his demons began afflicting and controlling humans, making a mess of everything. In the middle of this disaster, Genesis 4:26 tells us, “At that time, men began to call upon the name of the Lord.”

This caught my attention because God had been walking with humans before, but evidently, when humans rebelled God’s presence became much more scarce. Cain left God’s presence and founded his own city, turning his back on God. People no longer walked with God. The descendants of Seth remembered God, but now they had to call out to Him. He was apparently not as available anymore. Perhaps they offered sacrifices and performed elaborate rituals to get God’s attention. People knew their world was a mess, and they needed God’s help.

Then another curious character shows up in the fallen world: Enoch. Enoch was unusual because he did not call on God. Instead, he walked with Him! Enoch found a way to bring God into his every day walk, not just call to Him out of need. Enoch spent so much time walking with God that one day, about a third of the way into a normal life span, he just walked right into heaven. That would be so awesome!

Recently, I had an experience of walking with God in the little things. I was playing a memory game that was very tough, and I just couldn’t seem to get it right. I found myself asking God, “How do I do this thing?” Suddenly, I started to receive answers and strategies. It was a download from God. It did not come all at once, but as I asked, more and more tactics for success came into my head. When I failed, I went back to God and He was coaching me through it. I realized suddenly, “God is playing this game alongside me!” He cares even about the little things that I enjoy or that frustrate me!

God has always wanted to walk with His children. He doesn’t want to be confined to a church service. He doesn’t need our acts of service and devotion. He wants to be included in every part of our lives. Click To Tweet

I think the devil doesn’t get too worried if we just pray to God as if He were a giant vending machine in the sky. The devil believes that people don’t love God, they just use Him to get stuff. When God confronted satan with the righteous man, Job, the devil sneered that Job only served God because God protected and blessed him (Job 1:9-11). He told God that if the blessing stopped, so would Job’s righteousness. God let satan put Job to the test and Job proved the devil wrong. When God pointed out Job’s continued piety, the devil said that it was just because he had his health (Job 2:4-5). So the devil was allowed to take even that. Still Job served God in spite of all his troubles.

Unfortunately, too often, the devil is right about us. We frequently serve God as long as the blessings keep coming. But if in the wisdom of God, He withdraws His protection, prosperity, or health for a time, do we still serve Him? Are we walking with Him in everything or just calling on Him for blessings?

God has always wanted to walk with His children. He doesn’t want to be confined to a church service or a prayer time. He doesn’t just employ us for our acts of service and devotion. He wants to be included in every part of our lives. He intends the conversation to continue throughout our days. He wants us to keep walking with Him right up to the gates of heaven. And as we walk with Him, whatever happens, the world around us starts to look more and more like heaven.

Are you in such close communion with God that you see His hand in everything? Do you walk with Him so closely that you are seeing His plan unfold before you? If instead you are worried about a thousand things, you see the world going to hell all around you, and you cry out to God to fix your problems, then you might not be walking with God. You might not love Him as much as you think. Perhaps you just need Him for His blessings?

Let’s not allow the devil be right about us. Let’s walk with God, like Enoch, not just call on Him for blessings like the rest of the world. And if the spiteful devil should cause us to lose everything as he did to Job, let us continue our focused walk with God our Father and Friend, knowing that He is good and His kingdom is winning!