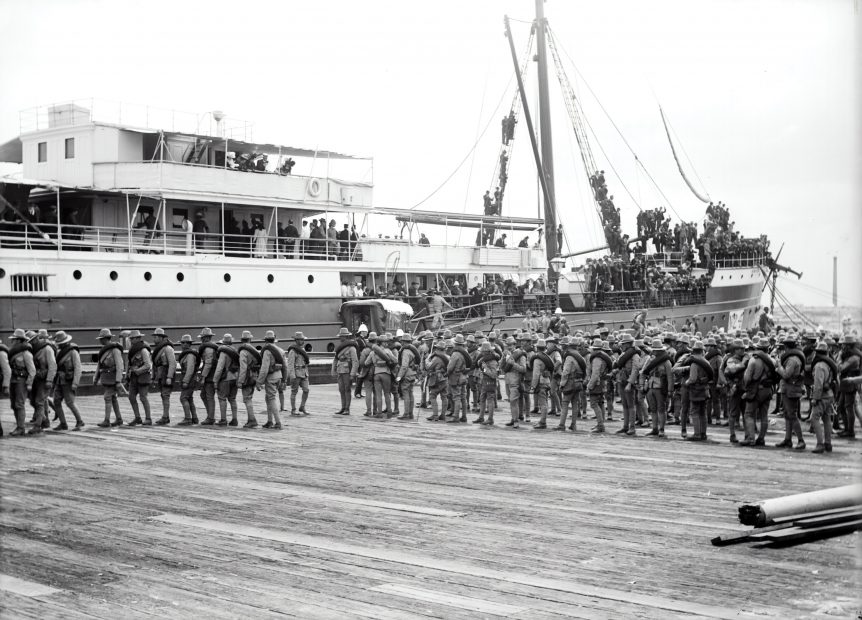 I was a preacher’s kid, and when my Dad went somewhere new, he always preached a stock sermon. I must have heard them all a hundred times. One sermon I will never forget was on living in the Spirit from Ephesians 5. When he got to verse 18, my childish ears would always perk up because I knew he was about to tell the story of the drunk sailors! My Dad was a Navy Petty Officer First Class on a submarine during the Korean War. He recounted a time when the skipper granted the men “liberty” to have a party on the beach of some small island in the Pacific. Since Dad was also the Chaplain’s Assistant, he remained sober enough to witness in detail the effects of warm beer on hot sailors. Some of them got angry and fought. Some of them got outrageously happy and laughed at everything. Some got amorous and went looking for island girls. Others got sad and just sat there and cried. All of them were transformed into other men.

The drunk sailors made him think of a verse,

“And be not drunk with wine, wherein is excess; but be filled with the Spirit”

Those sailors were all under the control of the wine, the spirits, they had been drinking. Apostle Paul was saying, “do not be under the control of spirits (small ‘s’) but be under the influence of the Holy Spirit (big ‘S’).” Being drunk produces “excess.” The Greek word literally means acting unsaved! Wine itself isn’t evil, but drunkenness will make you act evil! Instead, we must be filled (Greek “pleroo”) with Holy Spirit, inviting Him to fill every crevice and corner of our lives leaving no room for anything else!

Perhaps you don’t drink. But do we allow ourselves to live and speak like the spirits of this world? When we are on social media, do we attack others who do not share our opinions? The political spirit has to win at all costs. The religious spirit values being right above all else and forgets love.

The devil doesn't care which side we're on as long as we take one side and hate people on the other side. Click To Tweet

James 3:16 tells us, “Where envy and self-seeking exist, confusion and every evil thing are there” (NKJV). 1 Corinthians 14:32-33 says, “And the spirits of the prophets are subject to the prophets. For God is not the author of confusion but of peace, as in all the churches of the saints” (NKJV)

This means if we are speaking out strife and angry words that divide people, we are actually under the control of another spirit, not the Spirit of God. In our modern rationalistic culture, we’ve imagined all the demons belong in some imaginary “primitive jungle people. Modern people think they are immune from the control of demons because they don’t believe in them! But the Bible is basically saying that other spirits inhabit the actions of people who habitually argue with others and promote division.

What does mass demonic oppression look like in a rationalistic society that doesn’t believe in demons? They divide everybody. They stuff us full of our own science so we think we are smarter than others. They make us hate each other. They convince us that our possessions are the measure of our character and we look down the poor. They make us unable to reconcile with our peers, our families, and even our friends on social media. They criticize and find fault with everyone, and they keep us in competition with each other at all costs. They make us so religious that we cannot compromise on the smallest thing, and they teach us to attack every flaw of the men and women who are our leaders. Then they whisper to us that we are fakes and make us terrified of anyone else finding out.

Does this sound familiar? Maybe it’s time for some repentance. And if even repentance doesn’t stop you from attacking others, maybe you need deliverance. In any case, all of us could use a shot of Holy Spirit love.

Luke 9 tells us when a Samaritan village refused to let Jesus stay because He was headed to Jerusalem, His disciples James and John wanted to call down fire from heaven to destroy the village. Jesus rebuked them and said, “You do not know what manner of spirit you are of. For the Son of Man did not come to destroy men’s lives but to save them. And they went to another village.” (Luke 9:55-56, NKJV)

Apparently, being a disciple of Jesus doesn’t exempt us from being controlled by other spirits. We need to be asking ourselves, “am I so filled with Holy Spirit that I haven’t left room for any other spirits in my life?” Not every character flaw you have is caused by a demon. But we live in a world full of nasty spirits, and we must continually be inviting Holy Spirit to clean house and fill every nook and cranny. We can’t afford to keep Him out of any area. Any area we keep for ourselves will be invaded time and again by other spirits, and we are commanded not to let them control us!

So here’s my question, what spirit are you controlled by? Whose side are you on? You actions will speak far louder than your words, and everyone will know you by how well you love others.